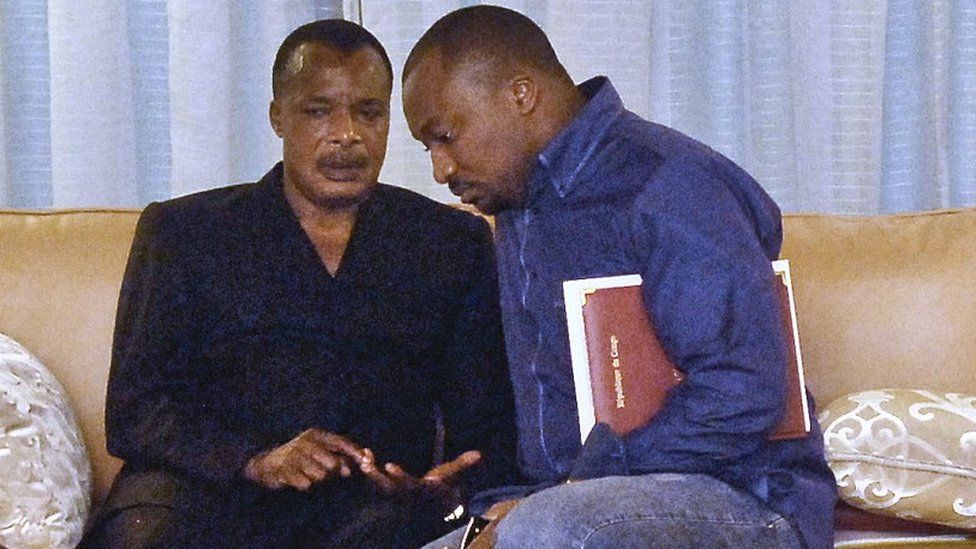 Congo-Brazzaville's President Denis Sassou-Nguesso has appointed his son Denis-Christel as a cabinet minister - a move that has revived media speculation that he has a dynastic succession in mind.

Not that such a transition looks imminent. Elected to a further term in March, after ruling the country for all but five of the past 41 years, there's no sign of the 77-year old head of state losing his appetite for wielding power himself.

Yet if Denis-Christel does eventually step into his father's shoes, this will confirm Congo-Brazzaville's alignment with an increasingly prevalent pattern in Central Africa.

In neighboring Gabon, President Ali Bongo Ondimba is the son of Omar Bongo, who ruled from 1967 to 2009, while in the Democratic Republic of Congo Joseph Kabila ruled for 17 years after succeeding his assassination father Laurent-Désiré as head of state in 2001.

Equatorial Guinea's President Teodoro Obiang - in power since deposing his tyrannical uncle Francisco Macías Nguema, the country's first head of state, back in 1979 - has already installed his son, Teodoro Nguema Obiang Mangue, as vice-president, in pole position to succeed him. 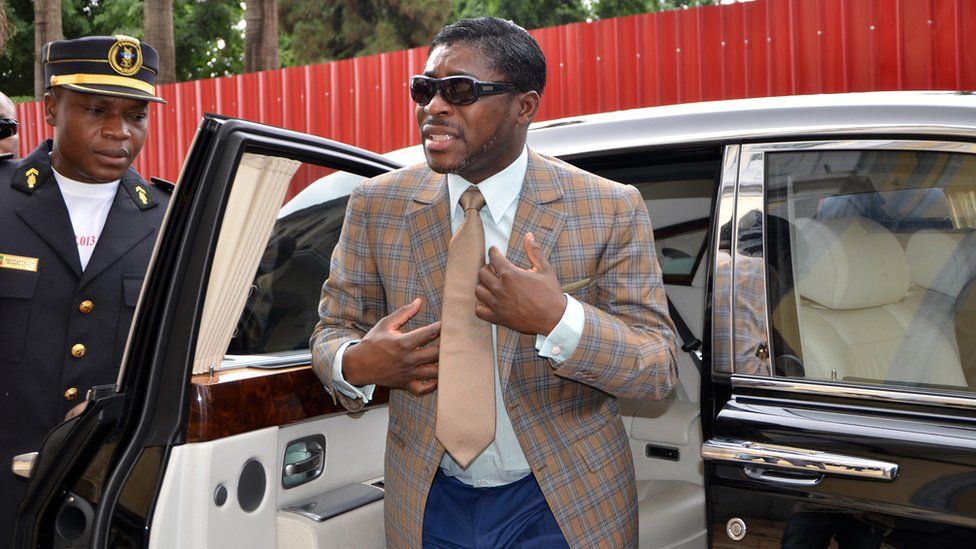 Teodoro Nguema Obiang Mangue, 52, has been at the center of numerous corruption allegations

And after Chad's President Idriss Déby died last month - reportedly from wounds incurred in battle with rebels - his son Mahamat, a four-star army general, rapidly emerged as the leader of the interim ruling military council.

And now there are even rumblings about a possible family succession in Cameroon, where an anonymous "citizens' movement" campaign has begun to promote the image of Franck Biya, son of the 88-year-old President Paul Biya, who is not yet midway through his latest seven-year term. 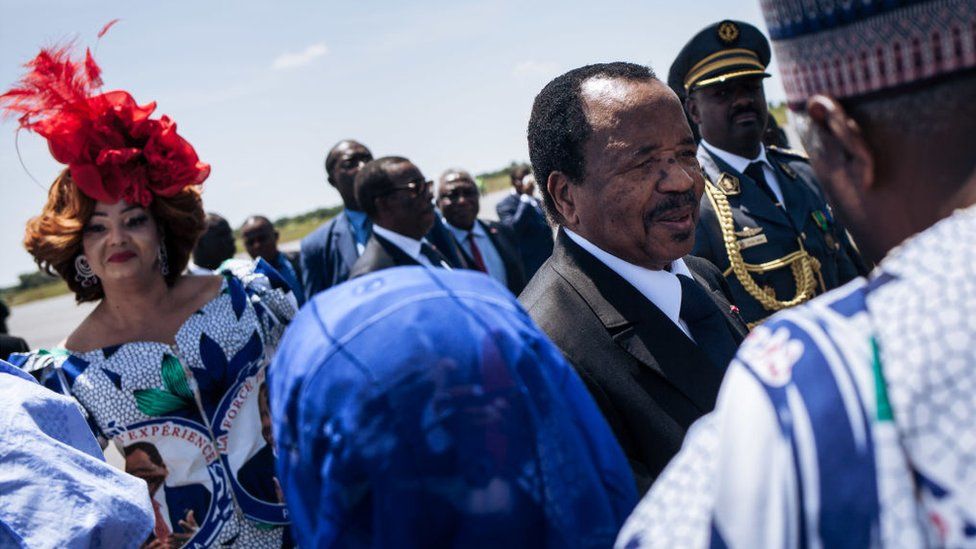 Cameroon's President Paul Biya, seen with his wife Chantal, has been in power since 1982

Sources close to Franck - who has always stayed out of politics, pursuing a private sector business career and even taking care not to become involved with bids for public sector contracts - indicate that he has nothing to do with the campaign. But nor has he asked the campaigners to desist, or issued a categorical denial of any ambition to succeed his father.

Of course, political dynasties are far from rare - look at the Bushes and Kennedys in the US.

And currently, Uganda is seeing a social media campaign touting General Muhoozi Kainerugaba, son of the current head of state Yoweri Museveni, as a potential governing party candidate for the next election in 2026. 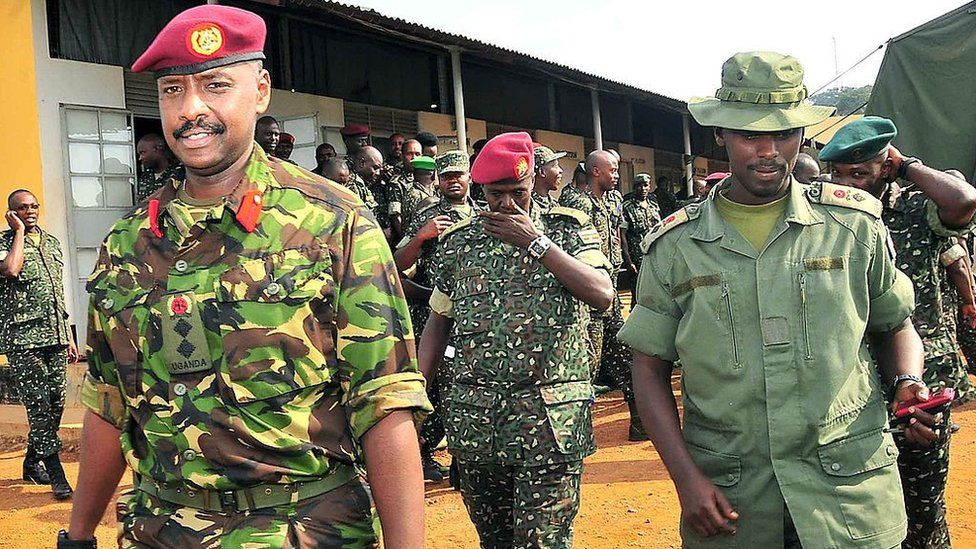 But the phenomenon is particularly entrenched in west-central Africa's petro-economies, where oil revenues often lubricate the networks of political patronage and empire-building.

It can also fuel rivalries and resentments within ruling dynasties and their often complex webs of personal connection.

There are rumors of palace intrigue among the Obiangs, with some family members said to favor an alternative presidential son, Oil Minister Gabriel Mbega Obiang Lima.

But it is not just about personal issues. The 2016 Gabonese election saw Ali Bongo face off against former foreign minister and African Union Commission chief Jean Ping.

He happens to be the former partner of the president's sister Pascaline, making Ali the uncle to their two children.

However, Ping ran on a fundamentally political agenda, presenting himself as the statesman face of the opposition who could oversee reform and true democratization. 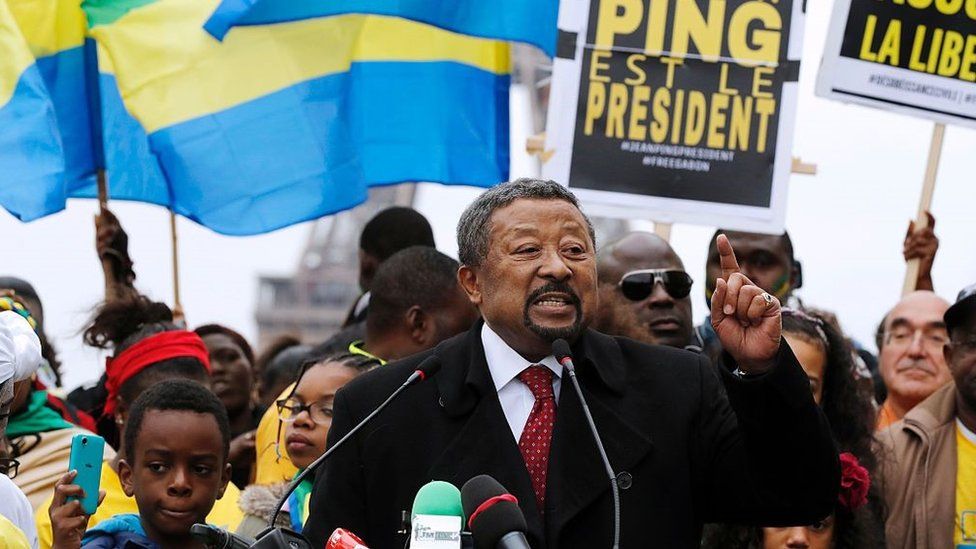 And five years later, he has still not acknowledged defeat in what became a bitter contest, amid serious questions about the credibility of the final polling returns that narrowly decided the outcome in the president's favor.

But Mr. Bongo is not looking back. He already seems to be preparing for the next step, having appointed his son Nourredin Bongo Valentin as "general coordinator of presidential affairs" in late 2019.

The previous year Mr. Bongo had suffered a stroke during a visit to Saudi Arabia and his chief of staff, Brice Laccruche Alihanga, became increasingly prominent in managing affairs during his long illness and convalescence.

But eventually, the president reasserted control, with Mr. Laccruche demoted, sacked, and then arrested over corruption allegations, which he denies. 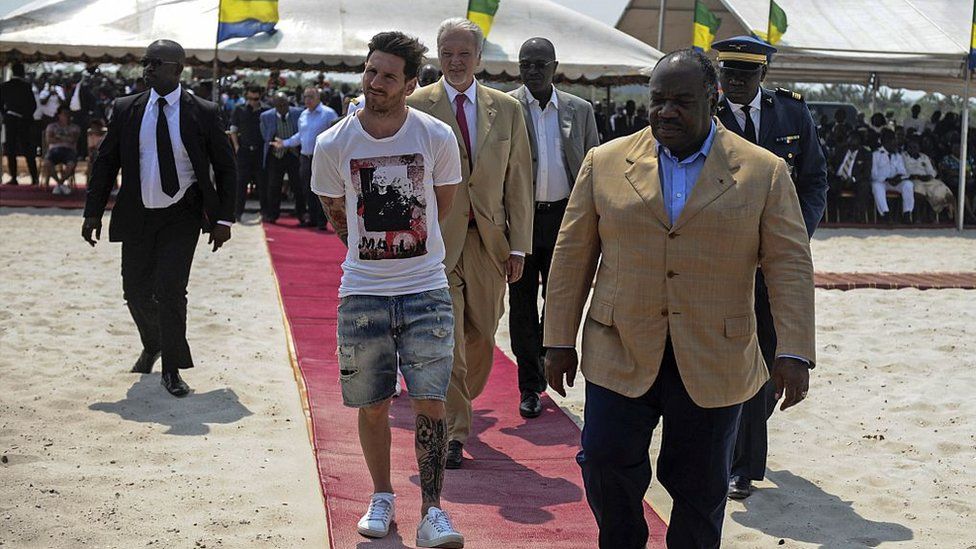 Meanwhile, Nourredin was installed in this crucial new post where he sees his father every day, is charged with "transmitting his wishes" to the rest of the government machine, and has a free hand to intervene across the board on his behalf.

Amid the uncertainty over Ali's health, some speculate that Nourredin is being lined up to take over. He studied at the UK's elite Eton College, the London Business School, and London University's Society of Oriental of African Studies, and has a youthful modernizing image.

Far to the north, amid the fragilities of a Chadian political scene that just weeks ago lost the authoritarian Idriss Déby who had dominated it for three decades, huge challenges face his son Mahamat.

With his junta colleagues, he must try to keep the regime's traditional military and clan supporters onside, but he is also under domestic and international pressure to open up political dialogue and respond to demands for meaningful democratization. 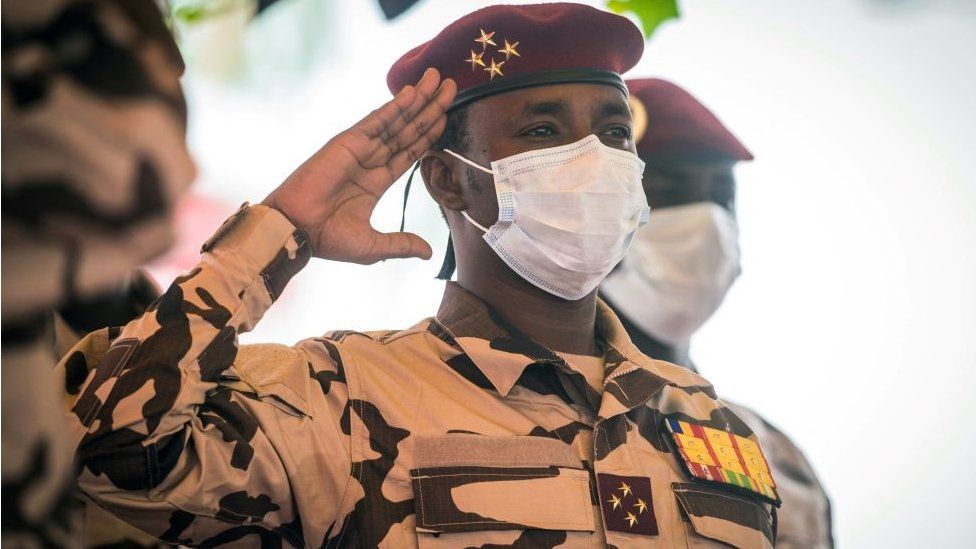 Complications of a different kind concern the Equatorial Guinean regime which remains totally dominant but has been a core target of a French judicial probe into allegations that family assets were bought in France with the proceeds of corruption.

Both the Bongos and the Nguessos have also been targeted: the 13 individuals formally placed under investigation also include a lawyer who worked for the late President Omar Bongo and several French citizens. 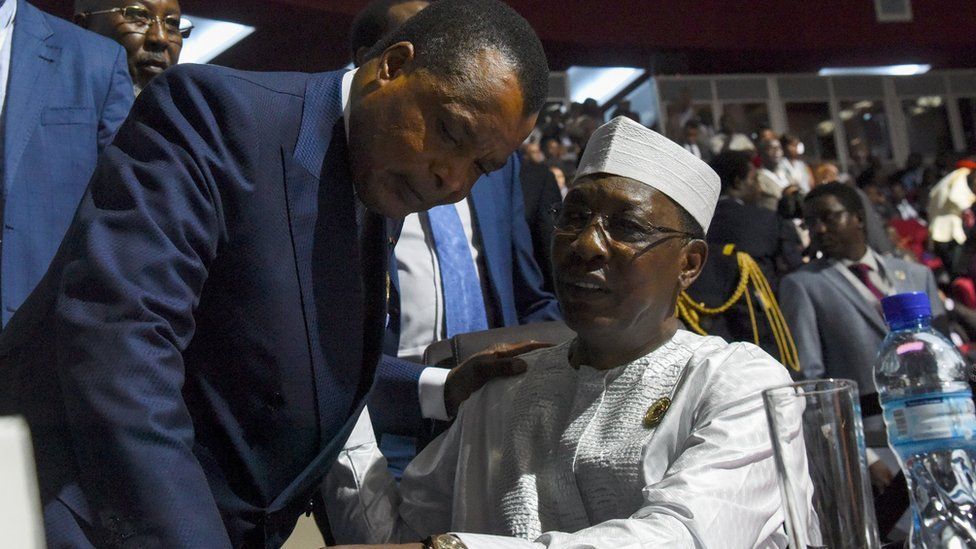 In 2016 Mr. Sassou-Nguesso launched legal action in a bid to have cases related to him thrown out, while the government spokesman described the cases as an "immense manipulation" aimed at discrediting the president.

But the French judges pressed on and in mid-2017 they placed the president's daughter Julienne and her husband Guy Johnson, another nephew, Edgar, and a former sister-in-law, Catherine Ignanga, under formal investigation.

But it is the Equatorial Guinean Vice-President, Teodoro, who has attracted the most attention, with police raiding his luxury residence at 42 Avenue Foch in Paris as far back as 2012 and seizing several cars, including two Bugatti Veyrons and a Rolls Royce Phantom.

Teodoro himself was eventually sentenced to pay a €30m fine.

His government went to the International Court of Justice, arguing that the Avenue Foch mansion, valued at €107m, was its embassy in France and thus protected from seizure by diplomatic immunity. 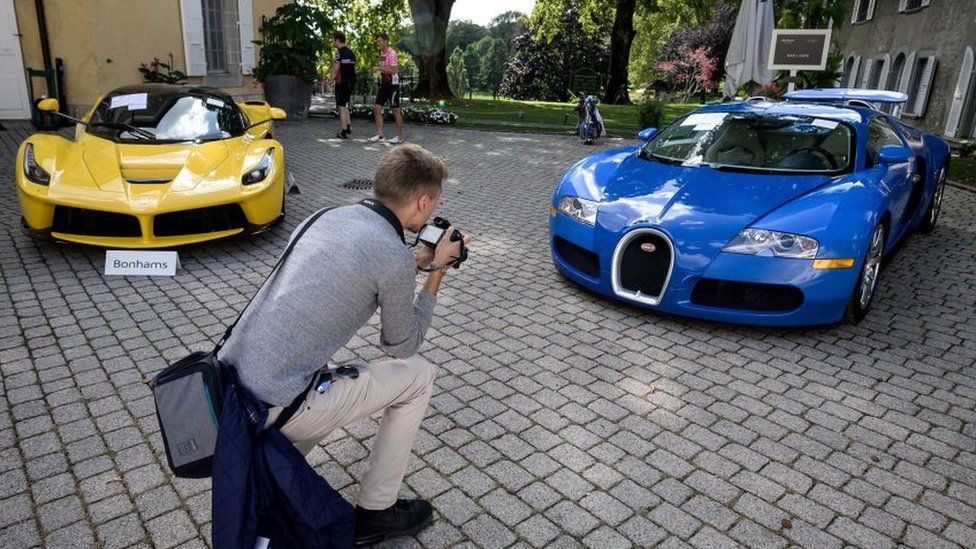 However, last December the Court rejected that argument. And legislation that has been going through the French parliament will provide for the proceeds realized from such sequestered assets to be set aside and used to finance development projects in the country concerned.

Yet such arrangements will need to be tightly structured. After the authorities in Geneva, Switzerland began legal action against Teodoro and two other individuals for alleged money laundering and the mismanagement of public assets, the case was eventually settled in September 2019 through an auction of 25 luxury vehicles, with the proceeds reserved for charitable development causes.

A Lamborghini Veneno Roadster fetched SFr8.2m ($9.1m; £6.5m and a blue and black carbon Koenigsegg One sold for SFr4.6m. With seven Ferraris, two other Lamborghinis, five Bentleys, a Maserati, an Aston Martin, and a McLaren on the block the auction realized total proceeds of SFr23.4m.

About half were bought by a German dealer, acting for an unnamed client.

Five months later, on 22 February last year, a now-deleted picture was posted on Teodoro's Instagram account, showing him driving through the streets of the Equatorial Guinean capital Malabo - in the blue and black Koenigsegg.

Despite the recent trend towards presidential dynasties in some countries, it is not clear how sustainable they will prove in an increasingly youthful and urbanized Africa where expectations of change are growing.