The company is standing by to vaccinate its 800,000-person workforce. 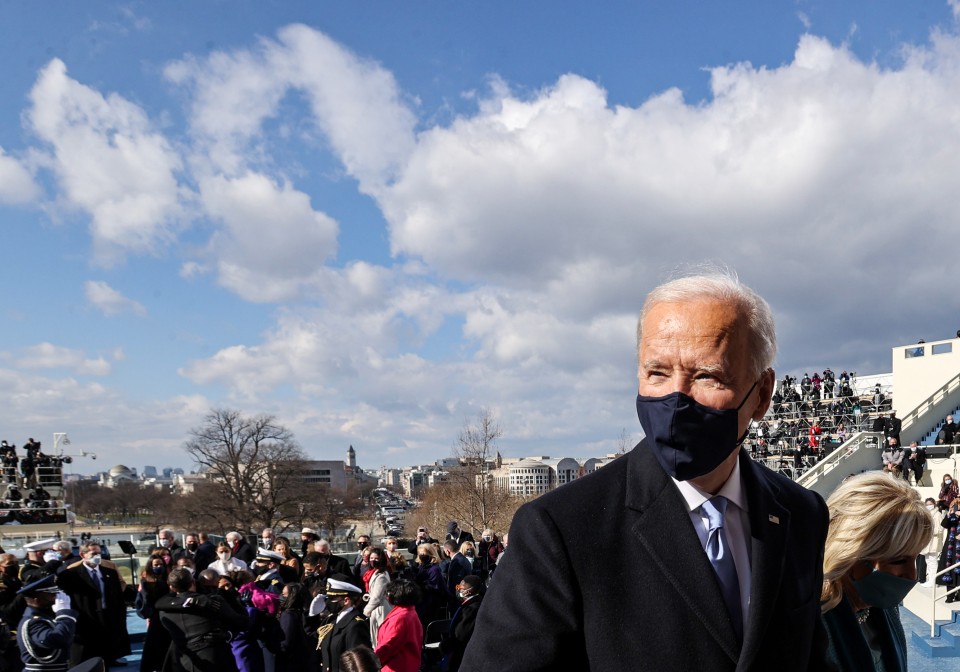 Fast on the heels of now-President Joe Biden’s inauguration on Wednesday morning, Amazon Consumer CEO Dave Clark sent a letter on behalf of his employer to the incoming administration pledging its help with Federal government’s ongoing COVID pandemic response, per NBC News. “Amazon stands ready to assist you,” the statement reads. 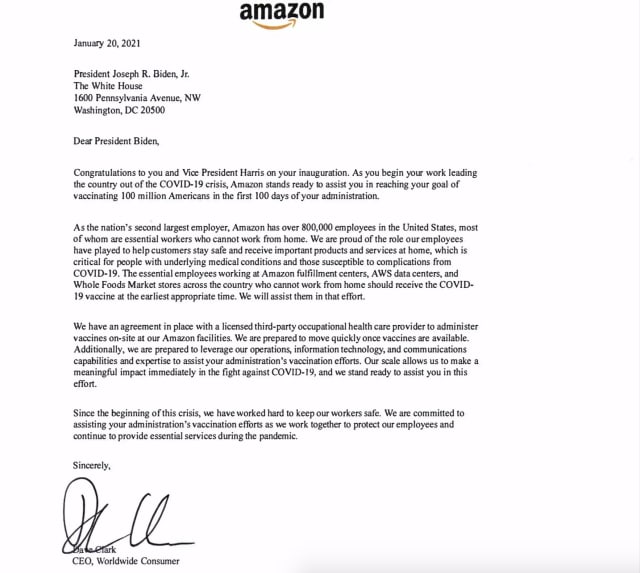 In his letter, Clark notes that Amazon and it's subsidiary Whole Foods, have already partnered with a third-party company to rapidly inoculate its 800,000-person workforce and will do so “once vaccines are available.” From there, Clark pledges to “leverage our operations, IT, & communications capabilities and expertise to assist your administration’s vaccination efforts," in an effort to “to make a meaningful impact immediately in the fight against COVID-19.”

Despite the company’s high-handed proclamation, Amazon has in reality done very little to protect its workforce from either the direct medical harm of the COVID-19 virus itself or the untenable conditions its warehouse workers have faced for the past year despite the company essentially doubling its profits since the start of the pandemic. The company’s past responses to employee whistleblowers have earned the company little public faith as well.

Of course, there has been no love lost between Amazon’s CEO, Jeff Bezos, and the Trump administration over the past four years. Back in 2018, the aspiring dictator ordered a review of the USPS’ deal with Amazon (two full years before Trump explicitly hamstrung the postal service to illegally influence the presidential election) after getting into a spitting match with the online retail behemoth. He also reportedly placed his thumb on the Pentagon’s contract award process, denying Amazon a $10 billion deal for the DoD’s JEDI program, which Amazon has characterized as the ex-president’s “personal vendetta” against the company.