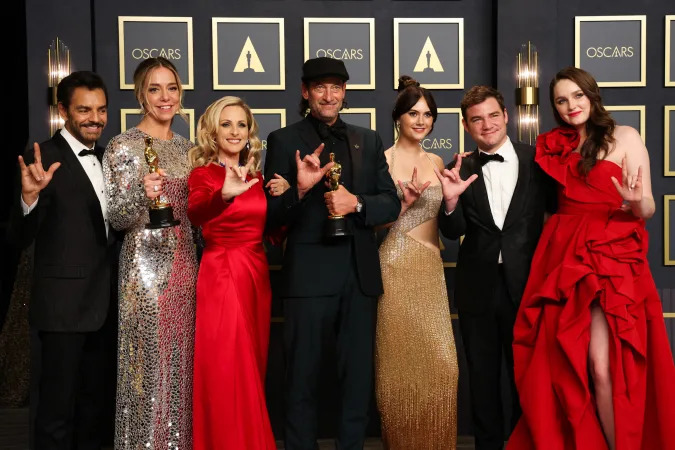 Three years and three days after it was first unveiled, Apple TV+ has captured the first-ever Best Picture Oscar for a streaming service with CODA. The film also took a historical win for Best Supporting Actor, as Troy Kotsur became the first Deaf male actor to win an Oscar. Writer and director Sian Heder also won for Best Adapted Screenplay.

The film, with a mostly Deaf cast, follows Ruby (played by Emilia Jones), a high school student who navigates life as the only hearing member of a Deaf family in Gloucester, Massachusetts. "This is a really big moment for the Deaf community. It’s a really big moment for the disability community," said Heder in a backstage ABC interview, via an ASL interpreter, as Variety reported. "Marlee Matlin won an Oscar 35 years ago, and not that much has changed in Hollywood, so I want to thank the Academy for making that change. Let this one be the first of many, many films to come out of this beautiful community."

Apple paid $25 million for the distribution rights to the film, which made a limited theatrical run and is currently streaming on Apple TV+. It beat out Netflix's The Power of the Dog, which was another favorite in that category.

After a record 27 nominations, Netflix didn't go away empty-handed, though. Jane Campion took a historic Best Director Oscar for The Power of the Dog, becoming only the third woman to win the award. (Chloé Zhao took the prize last year for Nomadland, while Katheryn Bigelow previously won for The Hurt Locker.) The Power of the Dog was nominated for 12 Oscars, including in the Best Actor and Best Supporting Actor/Actress categories, but Campion was the only winner. 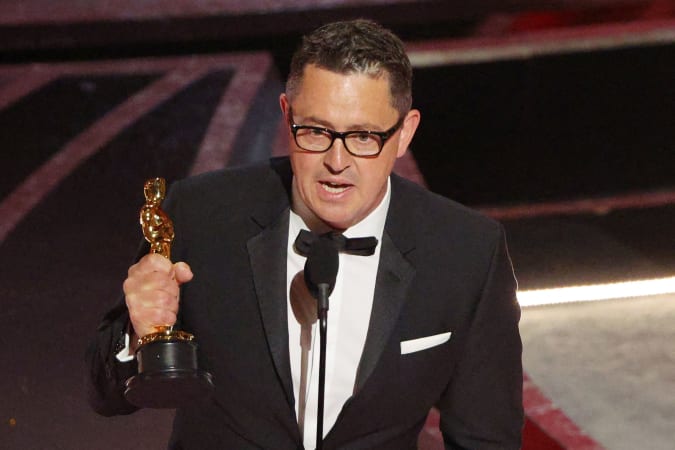 Sci-fi fared particularly well at this year's Oscars. Dune released simultaneously in the US on HBO Max and in theaters, won no less than six Academy Awards. The highlight was Greig Fraser's win for Best Cinematography, presented live during the telecast (above). However, the film's other awards were presented prior to the ceremony for the first time in Oscar history, something decried by several attendees including Steven Spielberg. They include wins for Best Production Design (Patrice Vermette, Zsuzsanna Sipod), Best Film Editing (Joe Walker), Best Sound (Mac Ruth, Mark Mangini, Theo Green, Doug Hemphill, Ron Bartlett), Best Visual Effects (Paul Lambert) and Best Original Score (Hans Zimmer).

Dune doesn't count as a streaming release, though, nor do others like Disney's Encanto, which won Best Animated Feature. Overall, streaming films fared poorer than last year, taking four statues compared to seven at the 2021 Oscar ceremonies.