They traced the phenomenon to a type of neutron star called a magnetar. 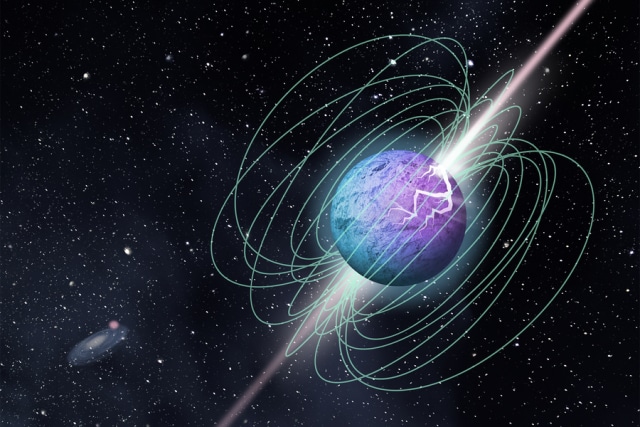 Since 2007, astronomers have known about a type of interstellar phenomenon called fast radio bursts, or FRBs for short. They’re bright emissions of radio waves that can generate more than 100 million times the power of the sun in the span of a few milliseconds. Up until recently, they’ve only been observed in galaxies outside of our own. But this past April, astronomers got their first-ever chance to witness FSBs occur in the Milky Way (via MIT News).

When astronomers first detected FRBs more than a decade ago, physicists hypothesized they might be produced by a special class of neutron stars called magnetars that emit a particularly powerful magnetic field. Neutron stars, if you need a refresher, are the remnants of a star that has gone supernova and seen its core collapse on itself. It turns out those suspicions are likely correct. Toward the end of April, astronomers recorded a series of FRBs they suspect originated from SGR 1935+2154, a magnetar located about 30,000 lightyears from Earth. The radio telescope that got the best glimpse of the phenomenon, the Canadian Hydrogen Intensity Mapping Experiment (CHIME), did so at the edge of its range, leading to some uncertainty about the identity of the source.

Now that scientists have a good idea of where FRBs come from, the question becomes how they generate the phenomenon. One hypothesis is that nearby electrons may be interacting with the magnetar’s magnetic field en masse in a way that’s similar to how we create radio waves here on Earth, but more observation is needed before we can be sure.

“It’s been doing interesting things, and we’re trying to piece together what it all means,” Kiyoshi Masui, one of the MIT physicists on the team that analyzed the FRBs, told MIT News. “We’ve got our eyes open for other magnetars, but the big thing now is to study this one source and really drill down to see what it tells us about how FRBs are made.”