Everything you need to know about the 10 deserts that make up almost a fifth of Australia. AUSTRALIA IS THE driest inhabited continent in the world – only Antarctica is drier. Seventy percent of the mainland receives less than 500mm of rain annually, which classifies most of Australia as arid or semi-arid. While the Simpson and the Great Victoria deserts are the best known, Australia has a total of 10 deserts.

Defining a desert in Australia is complicated. Typically defined as areas receiving on average less than 250mm of rain per year, Australia’s deserts can sometimes technically exceed this average due to our uneven rainfall distribution. Australia’s Bureau of Meteorology, therefore, uses three formulas to define our deserts, which make up a whopping 18 percent of Australia’s entire landmass.

Listed from greatest size to smallest, these are Australia’s ten deserts: 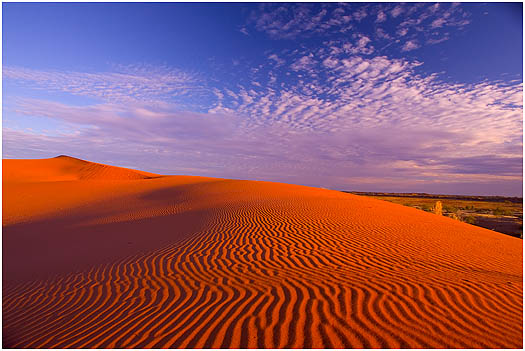 Australia’s positioning has created prime conditions for an abundance of deserts as multiple factors converge to create arid climates. In the subtropics, a belt of high pressure exists globally at about latitude 30 degrees north and south – the latter runs across Western Australia and South Australia and through the Great Victoria Desert. That pressure creates dry conditions that are carried by a general easterly flow that spreads the arid landscape through the Northern Territory and northern Western Australia. Then, locked away from the coast, these desert areas are separated from moisture sources.

In summer temperatures soar throughout Australia’s deserts, although not to the extremities we might imagine. On average, days reach above 35°C but hot spells of above 40°C can stretch out over weeks. At night, temperatures can stagnate and remain around 30°C, though they tend to drop within a 15-20°C range. The Pilbara region in Western Australia is the hottest area of the desert, known to reach 48-50°C. But, compared to Iran’s deserts – such as the Dasht-e Kavir (Great Salt Desert) where 50°C days are common throughout summer, or the Lut desert, home to the world’s hottest recorded temperature of 70.7°C in 2005 – Australia’s deserts pale in comparison.

In winter, daytime temperatures drop to averages of below 15°C in the south and 25-27°C at the arid zone’s northern boundaries. In July, average night-time temperatures sit between 3-6°C. Higher elevated areas, such as Alice Springs, have seen night temperatures as low as -7.5°C, slightly colder than an average winter’s day in St Petersburg. However, when compared to the Gobi Desert, Australia’s plains are toasty – overnight temperatures there can drop to -40°C.

Australian deserts average an annual rainfall below 250mm. The rainfall is rarely evenly spread throughout the year – often the annual average will fall in a month and has been known to fall in a single day.

Compared to the eastern Sahara however, which has an average rainfall below 10mm, Australia’s deserts are abundant with water. Australia’s one recorded instance of a complete rainless calendar year was in 1924 at a station in Mulyie, about 100km east of Port Hedland in Western Australia. But the world’s driest desert, the Atacama, which spreads across Chile and Peru, has sections that have not seen rain for hundreds of years.

Because of its harsh conditions, few call Australia’s deserts home. Less than 3 percent of the population, or less than 600,000 people, live in the desert region. Yet Indigenous Australians have inhabited the land for tens of thousands of years, some communities continuing to do so. Aboriginal communities including but not limited to The Spinifex People of the Great Victorian Desert, the Martu people of Australia’s Pilarba deserts and the community of Yuendumu on the edge of the Tanami desert continue to live within or on the surrounds of these dry plains. 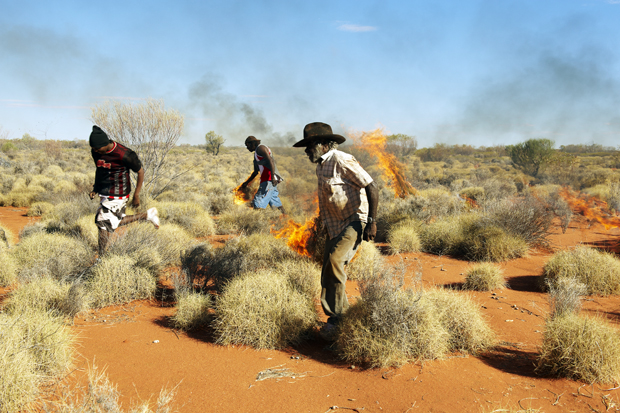 The most arid and dry parts of Australia centre around the Lake Eyre Basin, which can range from an average rainfall of 100mm to 140mm per year. Lake Eyre, also known as Kati Thanda, is the fourth-largest terminal lake in the world and Australia’s lowest point at 15.2m below sea level.

The lake is an inward draining catchment spanning 1.2 million sq. km, yet it is rarely filled with water. Because of natural aversion in the landscape, most water is lost as it travels towards the lake through evaporation and infiltration. As the lake evaporates, only salt from the water remains – Lake Eyre is usually a salt flat, a white and barren landscape.
When the lake does flood in rare heavy rains, the landscape is transformed. A kaleidoscope of colorful blooms with wildflowers and wetland foliage, while waterbirds flock and endemic frogs and fish quickly appear. Lake Eyre is full of water - a rare event.

Water is scarce in the Lake Eyre Basin in the heart of Australia. A new book tells the stories of those who love and rely on the Basin's free-flowing rivers and explains why we must protect this vulnerable river system.

According to Dr. James Cleverly, Research Fellow at the School of Life Sciences at the University of Technology, Sydney, Australia’s deserts are exceptional not for extremities, but their constantly fluctuating climates.

“The big thing that distinguishes the deserts of the Indian Ocean rim nations (Australia, India, Somalia) is the very large fluctuations in climate that can be experienced over very few – for example, the drought and bushfires of 2009 followed by the floods and transformation of the land to a green paradise in 2010–2011,” he says.

“Even these prominent events are small compared to the extremes in drought and flooding rains over the last one hundred years – rainfall inferred from the historical record at the Territory Grape Farm, NT, reported a low of 25mm in 1928 and a high of 955mm in 1974.”
What is most impressive is that Australia’s endemic flora and fauna are resilient to not only these harsh conditions but their dramatic shifts. Rich and diverse communities of endemic plants and animals have adapted to exist in Australia’s arid areas.

Australia’s deserts are home to a variety of endemic animals too, including reptiles, birds, mammals, frogs, and insects. Because of the sheer size of our arid regions, knowledge of the desert's fauna continually shifts as new species are discovered.

Of all deserts worldwide, Australia’s have the richest diversity of lizard fauna. Over 210 species of reptiles live throughout arid Australia – the most infamous is perhaps the desert death adder snake (Acanthophis Pyrrhus). Despite its name, the death adder’s venom is, according to the Clinical Toxicology Resources at the University of Adelaide, slightly less potent than the venom of the common brown snake, the tiger snake, or the taipan. Yet in the desert, away from medical attention, a snake’s bite is much more difficult to treat.