It plans to start operating in the second half of this decade. 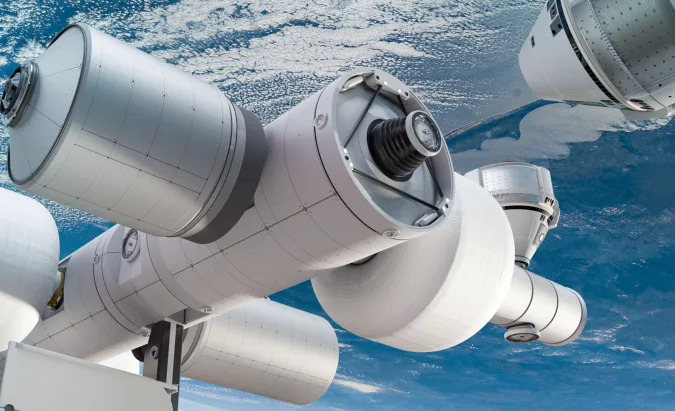 Blue Origin has more ambitious plans than simply space tourism. Today, the spaceflight company owned by Jeff Bezos announced that it is working on creating its very own space station as well. Called Orbital Reef, it promises to be something of an industrial and commercial hub and is meant to start operating in the second half of this decade.

It will be developed, owned, and operated in partnership with Sierra Space, a subsidiary of the Sierra Nevada corporation. Sierra Space is perhaps better known for Dream Chaser, a spacecraft that’s set to begin operating in 2022 and carry cargo to the International Space Station. Orbital Reef is also backed by Boeing, Redwire Space, Genesis Engineering Solutions, and Arizona State University. The company hopes to use Boeing’s Starliner and Sierra Space’s aforementioned Dream Chaser to ferry both cargo and passengers to Orbital Reef.

Think of Orbital Reef as essentially a “business park,” but in space. In a press release, Blue Origin said that the destination “will offer research, industrial, international, and commercial customers the cost-competitive end-to-end services they need including space transportation and logistics, space habitation, equipment accommodation, and operations including onboard crew.” Anyone who wants to “establish their own address in orbit” can do so.

Blue Origin said that Orbital Reef would be habitable for up to 10 people, which is almost as much as that of the International Space Station. It will feature “human-centered space architecture” with “world-class services and amenities.” There will be multiple ports for visiting spacecraft and modules. Orbital Reef will apparently feature an open system that will enable any customer or nation to use it. As the market for such facilities grows, Blue Origin promises that Orbital Reef will scale the amenities and utilities to match.

“Seasoned space agencies, high-tech consortia, sovereign nations without space programs, media and travel companies, funded entrepreneurs and sponsored inventors, and future-minded investors all have a place on Orbital Reef,” said the company in a press release.

“For over sixty years, NASA and other space agencies have developed orbital space flight and space habitation, setting us up for commercial business to take off in this decade,” said Brent Sherwood, Senior Vice President of Advanced Development Programs for Blue Origin. “We will expand access, lower the cost, and provide all the services and amenities needed to normalize space flight. A vibrant business ecosystem will grow in low Earth orbit, generating new discoveries, new products, new entertainments, and global awareness.”

Blue Origin’s only successful project is a suborbital tourist program that sends passengers to the edge of space (and back) on the New Shepard. It has already flown eight people, which includes Bezos as well as Star Trek’s William Shatner. Other projects, such as the New Glenn rocket (which the company hopes to use to launch some of Orbital Reef’s modules) and the Blue Moon lunar lander are still in development.