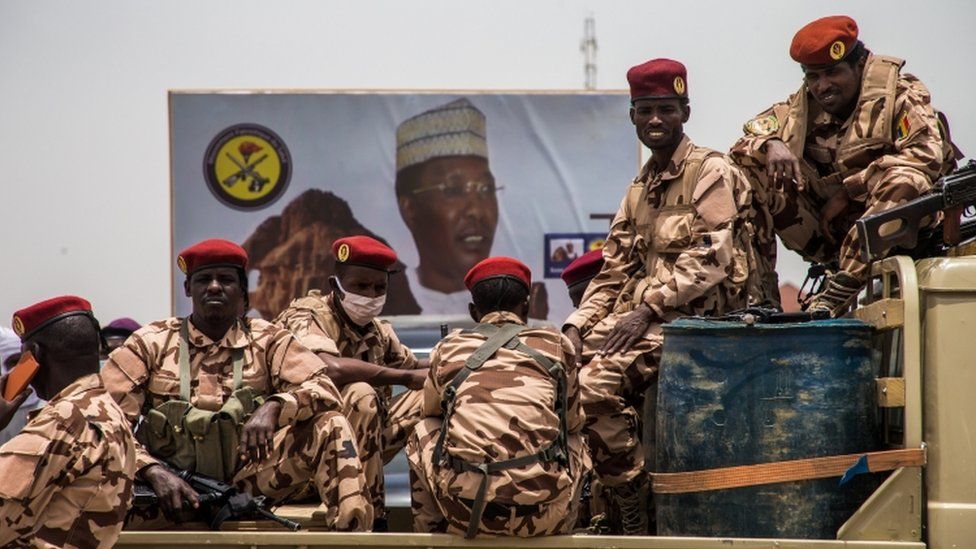 Chad's ruling military council has rejected an offer of ceasefire talks with rebels it has been fighting since the unexpected death of President Idriss Déby.

The military council took power earlier this week after Mr. Déby was killed during clashes with rebels.

Headed by Mr. Déby's son, the council said it would oversee an 18-month transition to elections.

Opposition politicians and rebels have condemned the army takeover as a coup.

Mr. Déby, 68, had just won a presidential election when the army announced on Tuesday that he had been fatally wounded in a battle with rebel fighters in the northern Kanem region of the country, in Central Africa.

The rebels, known as the Front for Change and Concord in Chad (FACT), swept down from the north on election day demanding an end to Mr. Déby's 30-year rule.

On Saturday the rebels said they were ready to discuss a political settlement, but did not endorse the "coup" that brought Mr. Déby's son, Gen Mahamat Déby, to power.

But a day later, the military council said it would not negotiate with rebels it was at war with.

"Faced with this situation, that is endangering Chad and the stability of the entire region, it is not the time for mediation or negotiations with outlaws," military council spokesman Azem Bermendao Agouna said in a statement.

"They are rebels, which is why we are bombing them. We are waging war, that's all."

He said some of the rebels had fled into neighbouring Niger and asked authorities there to capture them.

"Chad calls for the cooperation and solidarity of Niger... to facilitate the capture and bringing to justice of these war criminals," Mr Agouna said. 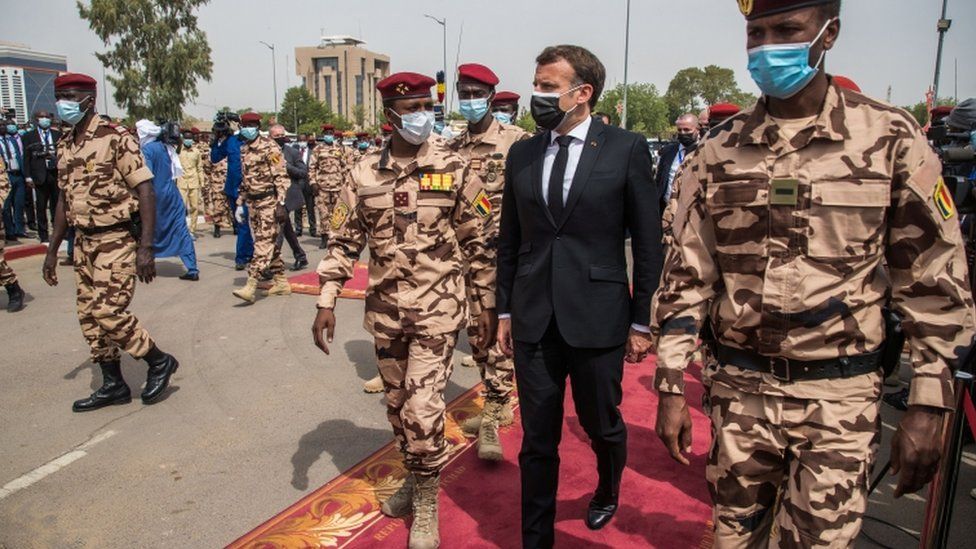 The military council is under pressure to hand over power to a civilian transitional government as soon as possible. The African Union's Peace and Security Council voiced "grave concern" about the military takeover, while France and regional powers are pushing for a civilian-military solution.

Mr. Déby was buried on Friday in a state funeral attended by French President Emmanuel Macron and thousands of Chadians.

An army officer by training, Mr Déby came to power in 1990 through an armed uprising. He was a long-time ally of France and other Western powers in the battle against jihadist groups in the Sahel region of Africa.