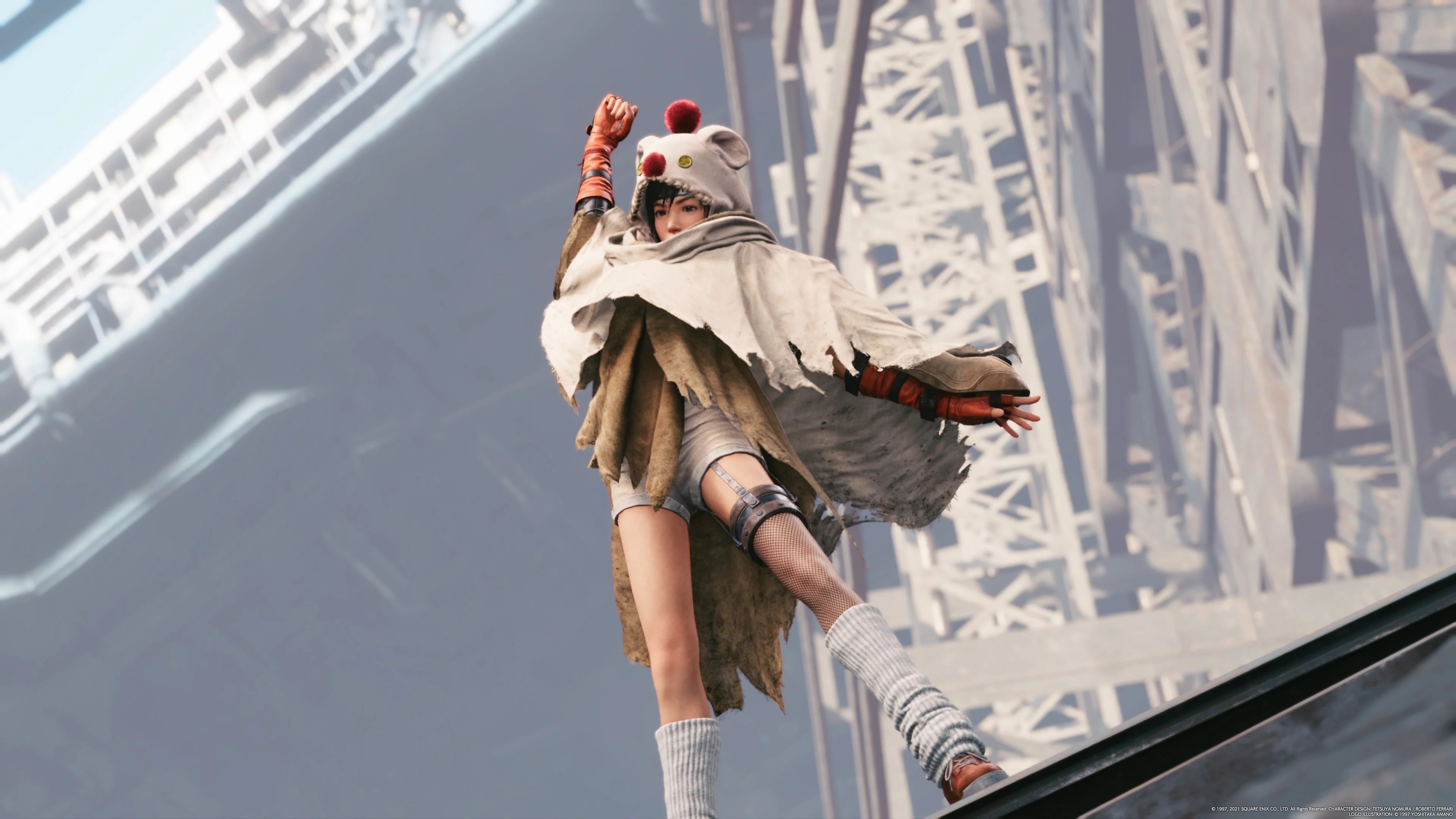 It’s an otherwise solid upgrade that lightly taps into the possibilities of newer consoles.

Final Fantasy 7 Remake Intergrade is a little confusing if the name didn’t give it away. It’s Final Fantasy 7 Remake, remade (or at least polished up) for the PlayStation 5. It also includes new original content called “Intermission.” This is a two-chapter run completely separate from the main game, following the once-optional character Yuffie arriving into Remake’s main setting, Midgar, and bringing her own fight to the evil Shinra corporation. Sadly, you can only play Intermission with a PS5.

In Remake, each character had a unique playstyle in battle, and that’s still true in Intermission. Yuffie’s battle style switches between long- and close-range fighting. She’ll hurl her oversized shuriken at enemies, and then either close the distance for melee attacks or launch magical elemental attacks from afar, with the shuriken acting as a sort of lightning rod.

As a young, out-of-town ninja, Yuffie also brings a healthy dose of sass and attitude to a game (and characters) that can take everything a little too seriously. The results are often hilarious. When you take on secondary characters from Remake in Fort Condor mini-games, she’ll talk smack to the likes of Jessie, Roach, and Kyrie. At points, it’s borderline tone-deaf: Jessie may have just sent her friends, part of anti-Shinra group Avalanche, to their deaths. But from the perspective of Yuffie, she doesn’t know that, and when she crushes the anxious Avalanche member in a board game, the ninja doesn’t hold back.