The tech giants defended their data disclosure practices at a parliamentary inquiry on Tuesday, where they were also grilled about the adequacy of their measures to protect users from abusive content on their platforms.

Both Google and Facebook said they rejected about 20 percent of data disclosure requests from Australian law enforcement agencies in 2019 on the grounds the requests were too broad or had no legal basis. 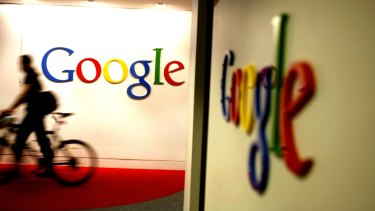 Representatives of Google and Facebook's Australia operations defended their data disclosures practices at a hearing at Parliament House, Canberra on Tuesday.

"The reasons why we tend to not disclose data are that the relevant agency has not provided us with information we need to disclose the data, or the agency has requested data about a Google account holder that actually isn't a citizen nor a resident of Australia," Google Australia's head of government affairs Samantha Yorke said.

Google Australia received 4,363 requests for data relating to users' accounts from Australian law enforcement in 2019 to assist with their investigations, while Facebook received 943 requests in the six months to December 2019.

Facebook Australia's head of policy Mia Garlick also defended the company's decision to transition to default end-to-end encryption across all of its platforms, preventing data from being accessed by people other than the sender and recipient.

Ms Garlick said end-to-end encryption was "in line with the industry standard" and said Facebook would work with the Department of Home Affairs and security agencies as it rolled out the feature over "many years".

National e-Safety Commissioner Julie Inman Grant told the hearing the agency was concerned about tech companies that viewed privacy and security as mutually exclusive, warning it was a "false dichotomy".

"We are concerned about the industry going dark without actually openly talking about some of the technologies and techniques that are out there, including homomorphic encryption, that can be used to scan for child sexual abuse images," Ms. Inman Grant said.

"We need to stop giving all of these companies a free pass."

Department of Home Affairs Secretary Mike Pezzullo told a Senate estimates committee last month that he was "particularly concerned" about Facebook's plans for end-to-end encryption, which he said would "create, in effect, the world's biggest dark web."

The Australian Federal Police also singled out Facebook earlier this year as it voiced concerns about platforms going dark, saying the social media site was involved in 40 to 60 percent of all child exploitation reports it received.

Ms. Yorke said that Google and YouTube had relied more heavily on precision technology to detect and remove potentially harmful content during COVID-19 as it experienced higher volumes of traffic.

Between July and September, YouTube removed 7,872,684 videos for policy violations, 93 percent of which were identified by a machine, with 45 percent not receiving a single view.

Ms Garlick said Facebook had been "training up" machines to proactively detect and remove fake accounts, and had removed 1.5 billion fake accounts in the second quarter of 2020.