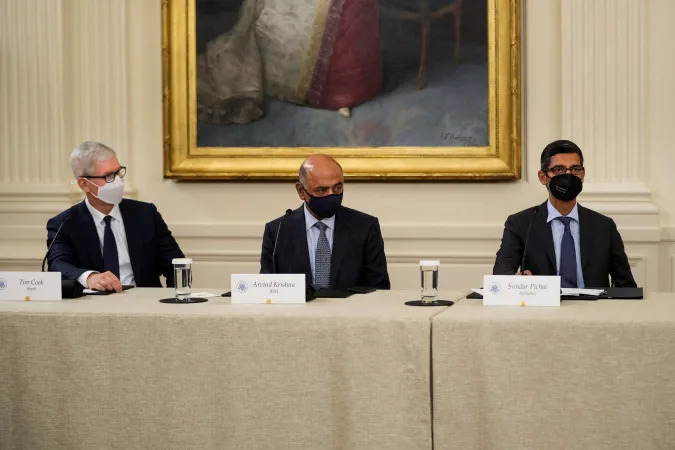 Following a meeting with President Joe Biden today, Google and Microsoft promised to invest a total of $30 billion in cybersecurity advancements over the next five years. Google pledged $10 billion, while Microsoft pledged $20 billion.

Microsoft CEO Satya Nadella said on Twitter that $150 million of that money will be used to expand Microsoft's training network and help US government agencies upgrade their digital security systems. The White House described that particular investment as follows: "Microsoft ... will immediately make available $150 million in technical services to help federal, state, and local governments with upgrading security protection, and will expand partnerships with community colleges and non-profits for cybersecurity training."

Today, President Biden met with technology companies and cybersecurity thought leaders to discuss threats like the recent SolarWinds attack and how the US can better defend its digital systems. In addition to Google and Microsoft's financial infusion, Apple will establish new, widespread supply-chain protocols in the name of tighter security, and Amazon will offer its internal cybersecurity training to the public at no charge. Other organizations, including IBM, Girls Who Code, and Code.org, made plans to expand cybersecurity defenses across government, society, and industry.

It was unclear what would actually shake out of today's White House cybersecurity meeting, and $30 billion (and then some) certainly isn't a bad place to start.