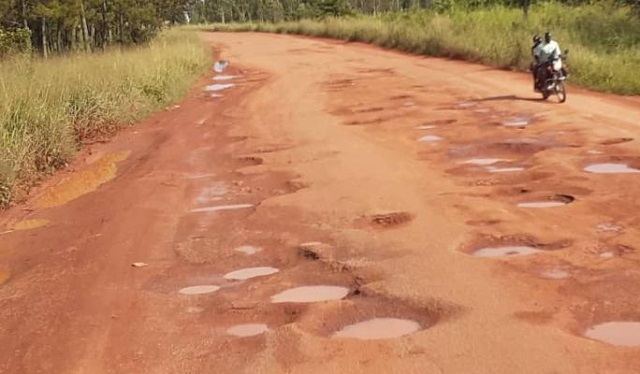 Lira, Uganda The Government of Uganda has taken over the funding for the reconstruction of Lira-Kamdini.

The directive was issued by President Yoweri Kaguta Museveni while in Oyam District during a meeting with the Members of Parliament and other leaders from the Lango sub-region, on Saturday.

The meeting was, among others, discussing the poor state of the road, which stretches 78 kilometres from Corner Kamdini along the Kampala-Gulu highway to Lira town.

MOTAENGIL Africa has for the last three years been carrying out routine maintenance awaiting a certificate of compliance to Environmental and Social safeguard (ESS) requirements which are key for all World Bank Funded projects. The World Bank is co-financing the project with the Government of Uganda.

Members of Lango Parliamentary Group (LPG), District chairpersons across Lango, and civil activists who decried the non-motorable status of the road had threatened to hold a peaceful demonstration if the government does not take action and as a result, the president came to Lango to meet them.

During the meeting,  the Chairperson of the Lango Parliamentary Group Judith Alyek highlighted several attempts which were made to ensure that the road is worked, in vain.

However, the president who criticized the World Bank for setting unfavourable conditions for their funded projects said the government will take over funding for the road.

He also directed that all the roads submitted by Lango be approved by UNRA while awaiting clearance by the Ministry of Finance under the pre-financing arrangement.

Kole North MP Samuel Opio Acuti described the development as the most effective means which will address the timeline implications and ensure service delivery.

Lira Woman MP Linda Agnes Auma called on the leadership of Lango to unite and follow up on the statement to ensure that it materializes.

Lira-Kamdini road was included in the North Eastern Road Corridor Asset Management Project (NERAMP) scheduled for reconstruction with funding from the Government of Uganda and the World Bank.