The Rock and new game mechanics are also coming. 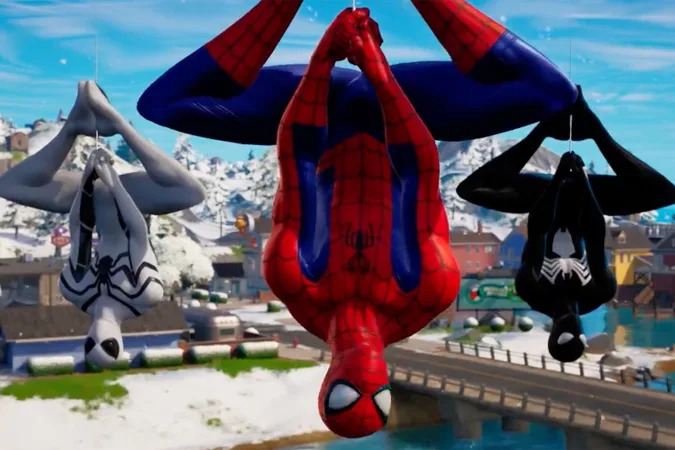 Fortnite Chapter 2 has only just come to an end, but that isn't preventing sleuths from finding out what Chapter 3 will hold. As Kotaku learned, the game's official Polish YouTube channel briefly shared a Chapter 3 trailer revealing many of the planned changes to the battery royale brawler. You can expect a new island (and new characters, including Gears of War's Marcus and Kait as well as Spider-Man — there even appears to be web-swinging like you've seen in Insomniac's Spider-Man games, not to mention locales like the Daily Bugle.

Chapter 3 will add some new mechanics on top of fresh weapons and items. You can slide (seen in the Chapter 2 finale), and set up camps to both heal your squad and stash items you can carry over to future matches. And there's even a degree of star power: The Foundation, a character voiced by Dwayne Johnson, will carry over from the Chapter 2 shutdown.

It's not clear when Chapter 3 debuts. However, Epic wasn't afraid to repeat history and kick players out of Fortnite as the previous chapter came to an end. Chapter 2 closed in dramatic fashion, with The Foundation helping to defeat a Cube Queen invasion and flipping the entire island upside-down. If you stuck with the event, you were left treading water and with no option but to quit the game. Clearly, Epic is betting this dramatic ploy will work a second time.