It is difficult to fully comprehend the destructive impact of the flooding that has inundated the New South Wales city of Lismore.

Picture after picture shows a community underwater, with some of Lismore’s 43,000 residents perched on rooftops waiting to be rescued.

But if we look at what life was like before the floodwaters arrived it is possible to garner the sheer scale of the disaster that occurred after more than 700mm of rainfall fell in just 30 hours as of Monday afternoon.

Here is the Car Lovers car wash in Lismore before and during the floods. In the second image, it is barely visible above the floodwater. 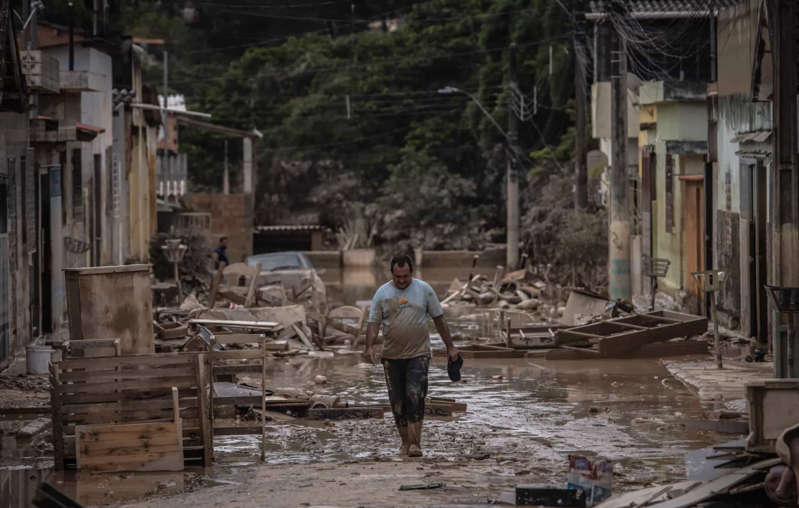 This is Hunter Street before and during the flooding – from a sunny day to a huddle of umbrellas.

This is the intersection of Keen and Magellan street. After the floods hit, the entrances to the historic buildings were cut off due to water levels.

This is the Lismore Square shopping mall, not usually the spot to row your dinghy.

Magellan Street is usually a busy shopping strip. After the floods hit, the shopfronts are virtually submerged by water.

All that remains visible at Lismore’s McDonald’s are the golden arches as the takeout chain is submerged in metres of water.