YOUNG Dolph was a beacon of hope for kids living in one of the toughest, most under-resourced sections of Memphis.

Kids who looked to him have been crying, the community is still in shock and his loss is similar to losing Muhammad Ali, residents and community leaders told The Sun in exclusive interviews. 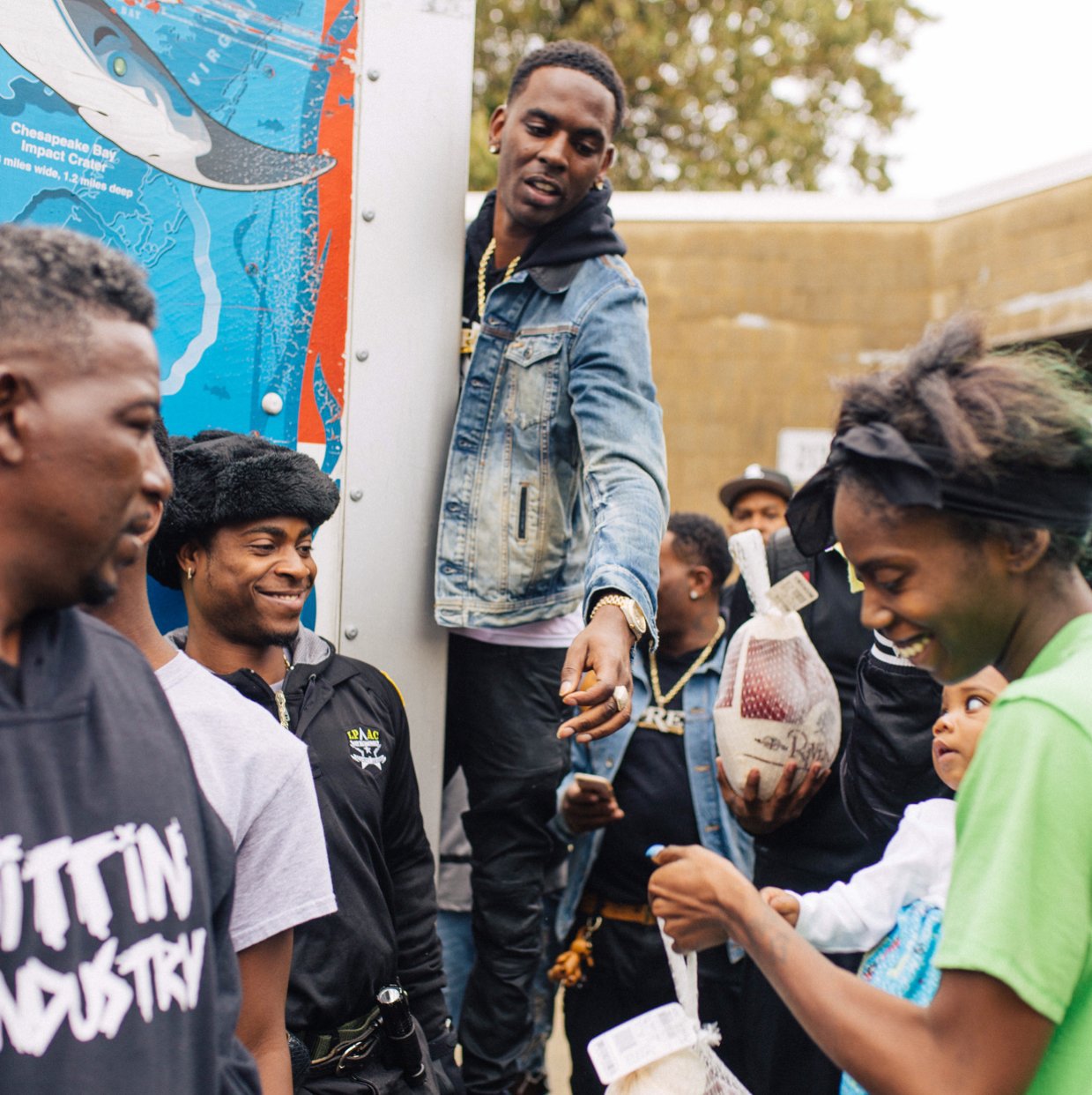 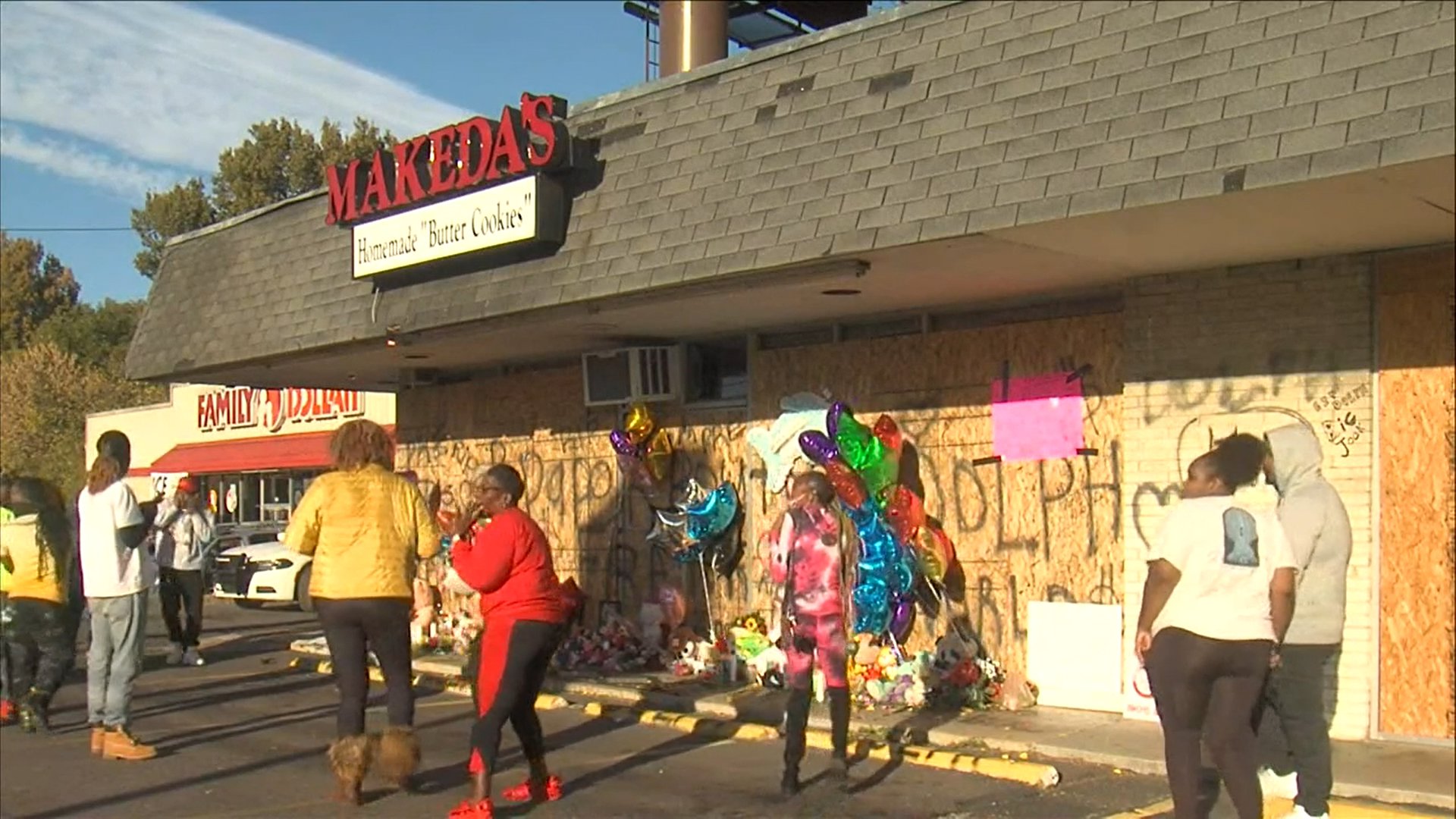 Residents and fans set up a memorial for Young Dolph outside Makeda's Cookies, where the rapper was fatally shot

"Our kids are literally in tears. Their hero is gone," Jonathan Torres, the CEO of a nonprofit Memphis Athletic Ministries, said.

Memphis Athletic Ministries worked with Young Dolph to hand out turkeys to families "who otherwise wouldn't have a holiday," Torres said.

Before the Young Dolph was a household name in the Hip Hop world, he sold mixtapes out of the trunk of his car and in corner stores in the Castalia section of Memphis, his 7th grade geography teacher Michael Bates told The Sun.

"This a tough neighborhood, and for the kids, he was their Muhammad Ali. That’s the impact he had," Bates said.

"It’s difficult to lose an icon. Our city is still in shock," he said two days after Young Dolph, whose real name was Adolph Robert Thornton Jr, was shot dead at Makeda's Cookies on Wednesday.

"I just want everyone to understand that someone took away an image for people who want to do better," Bates told The Sun.

"As a society, if you take away those images, what do we have left? The world lost a national icon but, for the teachers, we lost a beloved student."

Young Dolph graduated and was still "hustling" his way to the top when he visited Bates in 2008, who was the principal at the time

"To me, he was always Adolph. So my secretary said Mr. Thornton is here to see you.

"He brought this CD with him and said you have to listen to this. I'm 'bout to make it big" Bates recalled Young Dolph telling him.

"I know how tough it is to make as a rapper, so I wanted him to get a job. I pushed him to be a fireman, but he just smirked and said again, 'I'm about to blow up,'" Bates said. "And then he did."

Bates was Young Dolph's teacher in seventh grade and then assistant principal when the rapper was in eighth grade.

He said Young Dolph was always good at English Language Arts and "ran around, played basketball and chase the girls."

"He was a young kid then, but I still remember the way he carried himself. It wasn't different or something to set him apart. He just always lived up to the monarch of his name."

"He bet on himself. He always said he was going to be blow. And he did," Bates said.

No matter how much Young Dolph blew up, he always reached back to Memphis to take talented Hip Hop artists under his wing and performed at pep rallies when Bates asked.

"The main thing I told him and all my students is to be aware and strive and give back," Bates said.

"You owe the neighborhood where you come from, but I preached all the time your zip code wasn’t going to be who you were going to be in life.

"He actually did that. He took the trauma and pain that he went through and turned himself into a good family man"

The whole community is still in shock, MAM CEO Torres said, but it's been hardest on the 450 kids they help daily.

The nonprofit brought in grief counselors to help the youngins process their grief.

"Here, there was an immediate sense of grief and curiosity about what will happen next," Torres said. "There was a reality of how much he was loved. So why was he targeted?

"His actions spoke really loudly and he was all about giving back to the community," Torres said. "He always believed in pouring back into your neighbors and under-resourced community.

"We're telling our kids, 'Continue what Young Dolph started and be a beacon of hope.'"