You can choose between higher horsepower or range. 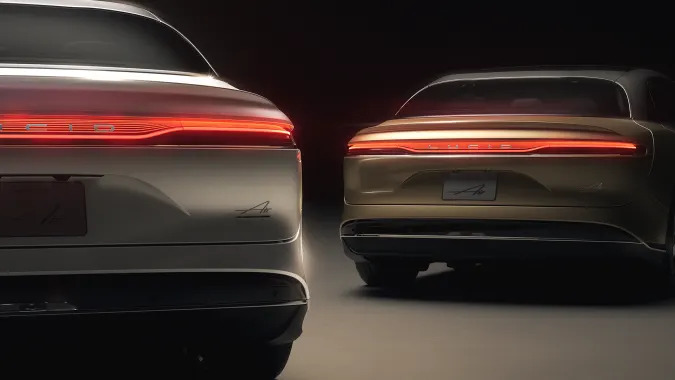 Lucid is giving prospective owners of its $169,000 luxury electric sedan the choice between two variants. The Air Dream Edition will be available in a "Performance" or "Range" version that ultimately leaves you to decide between speed and real-world driving range. The former promises 1,111 horsepower, which rivals the Tesla Model S Plaid, and can hit 0-60 mph in 2.5 seconds.

The Dream Edition Range, meanwhile, will deliver 933 horsepower and take 0.2 seconds longer to go from 0-60 mph. Both have a top speed of 168 mph, cost $169,000 (before factoring in federal tax credits or other incentives), and are expected to ship later this year. You'll be able to identify each variant with the "P" or "R" letter on their respective badges. The company previously revealed that it only planned to build about 500 units of the Dream Edition.

Notably, Lucid is still in the process of confirming the cars' official range with the US Environmental Protection Agency. In real-world tests, the company says a pair of Dream Edition Range models travelled 445 miles on a single charge. The journey saw the cars venture from LA to San Francisco at highway speeds via central California, and then back across the San Francisco Bay to Lucid’s global headquarters. Upon arrival, Lucid claims the cars displayed 30 miles and 72 miles of charge remaining (for totals of 475 and 517 miles).

The EV maker is currently reaching out to those who put down $7,500 to reserve the Air Dream Edition to confirm their chosen configuration. Lucid said in June that it had received over 10,000 reservations across all Air models, which — along with the top-of-the-range Dream Edition — includes the base edition, the Air Touring, and Air Grand Touring.