It won't surprise you to hear Epic Games is an early partner. 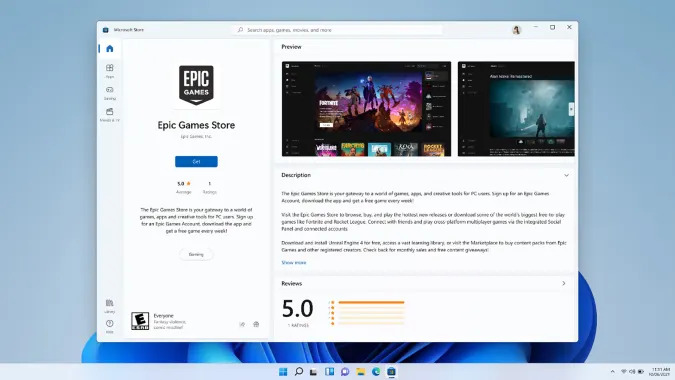 Microsoft wasn't just indulging in wishful thinking when it said it wanted more third-party app stores in Windows 11's portal. The Verge notes that new Microsoft Store policies now allow third-party storefront apps. And no, Amazon's Appstore isn't the only partner hopping aboard — the Epic Games Store is also coming to the Microsoft Store in the "next few months." As promised, Microsoft won't demand a share of the revenue from these shops.

The company's loosened policies on rival browsers (which now allow browsers with non-Microsoft engines) are also paying dividends. Opera and Yandex Browser are coming to the Microsoft Store to provide an alternative to Edge. These additions won't help much if your first impulse is to download Chrome or Firefox, but they suggest Microsoft is open to at least some competition in its own store.

There's no mention of Steam, GOG, or other well-known app and game stores. It's also unsurprising that Epic is an early adopter. It's a vocal opponent of Apple's App Store policies and determined to offer the Epic Games Store wherever possible. Microsoft is unsurprisingly taking advantage of this. It can pitch Windows 11's store as a more open alternative to Apple's Mac App Store, even if Mac users don't have any real trouble accessing the EGS and other storefronts.