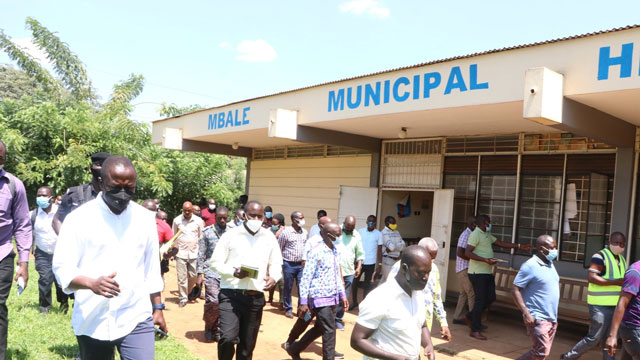 Members of Parliament have asked the government to verify government projects in Kampala and Wakiso districts and their impact in the areas.

The call by a section of MPs sitting on the Presidential Affairs Committee follows reports of corruption and embezzlement of project funds from other sub-regions of the country.

Jesca Ababiku, the Committee Chairperson says that it is urgent for the government to establish the status of projects within the Central region in order to ascertain value for money.

This development follows a presentation to the committee by the Minister of State for Presidency in charge of Economic Monitoring, Peter Ogwang who revealed that many government-funded projects never existed while others were either incomplete or in bad condition in different parts of the country he has visited.

“I went to Bukwo district and in my opinion, it is the worst district in project implementation; I found 50 ghost projects, they don’t exist, they take you to a place show you that that’s where the project is but you don’t find any,” said Ogwang.

He also cites a situation where the Bukwo Chief Administrative Officer (CAO) led him to a supposed water gravity scheme, only to find an old tractor.

“The CAO took me to a water gravity scheme and I asked for the generator but he showed me a hand walking tractor as a generator, which is old and non-functioning,” said Ogwang.

He noted that the ghost projects are real and that those responsible are to be arraigned in court. The Minister says that in his recent visits to four sub-regions, his team registered 284 cases that are being scrutinized for prosecution.

Ogwang agreed with parliament’s recommendation to take the monitoring of projects to Kampala and Wakiso districts on the basis that people especially those living in poor communities hardly feel the impact of government programs.

He added that his team requires the support of prosecutors, police, auditors, and engineers if it is to produce the desired results.