France - The Amphitheater of Arles. France - The Maison Carrée in Nimes has one of the best-preserved Roman temple facades to be found in the former territory of the Roman Empire. Spain - The Ferreres aqueduct, also known as the Pont del Diable, was built to supply water to the Roman city of Tarraco, today Tarragona Spain - The Roman bridge of Córdoba has been restored and renovated on several occasions. 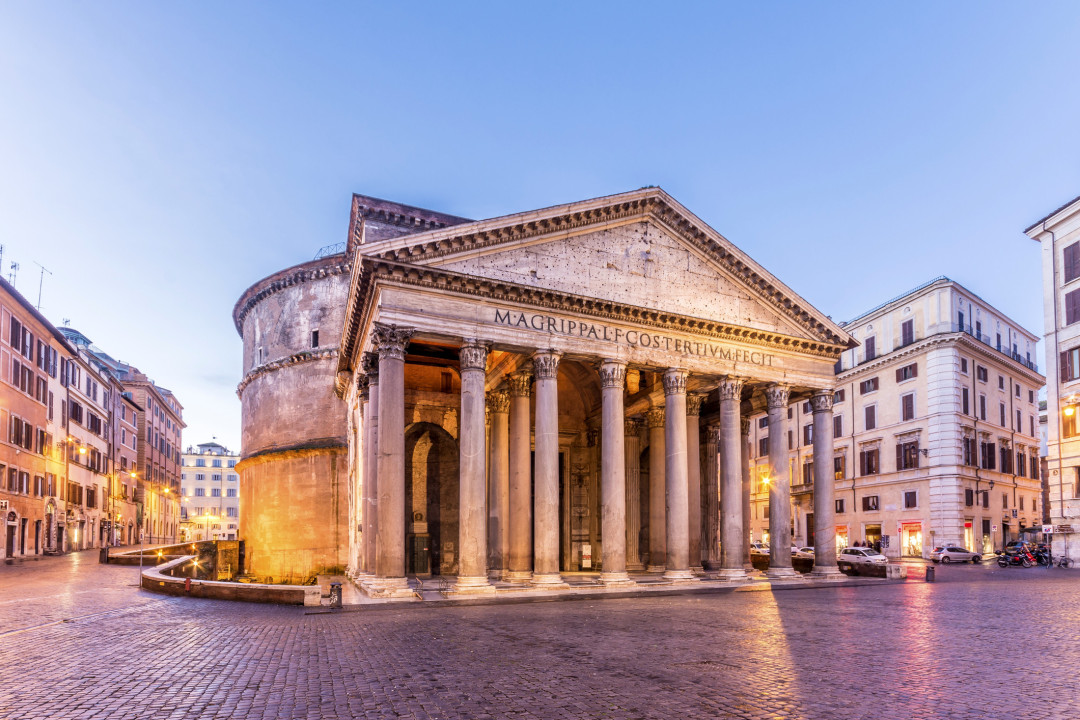 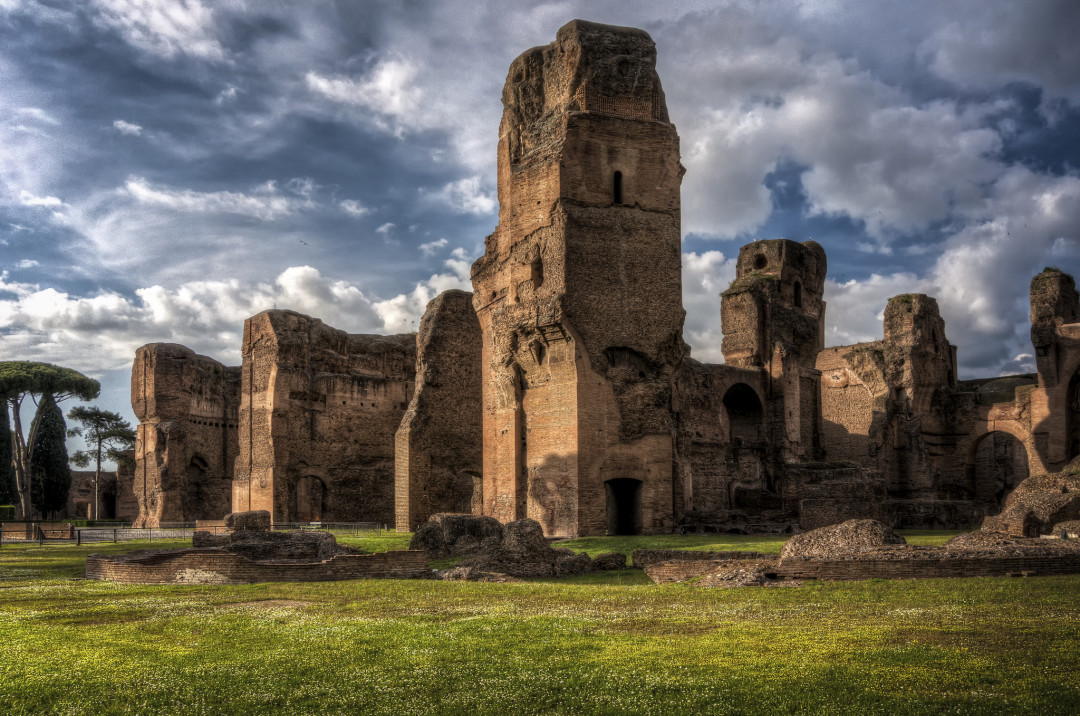 Italy - The Baths of Caracalla, Rome. They were the city's second-largest public baths. 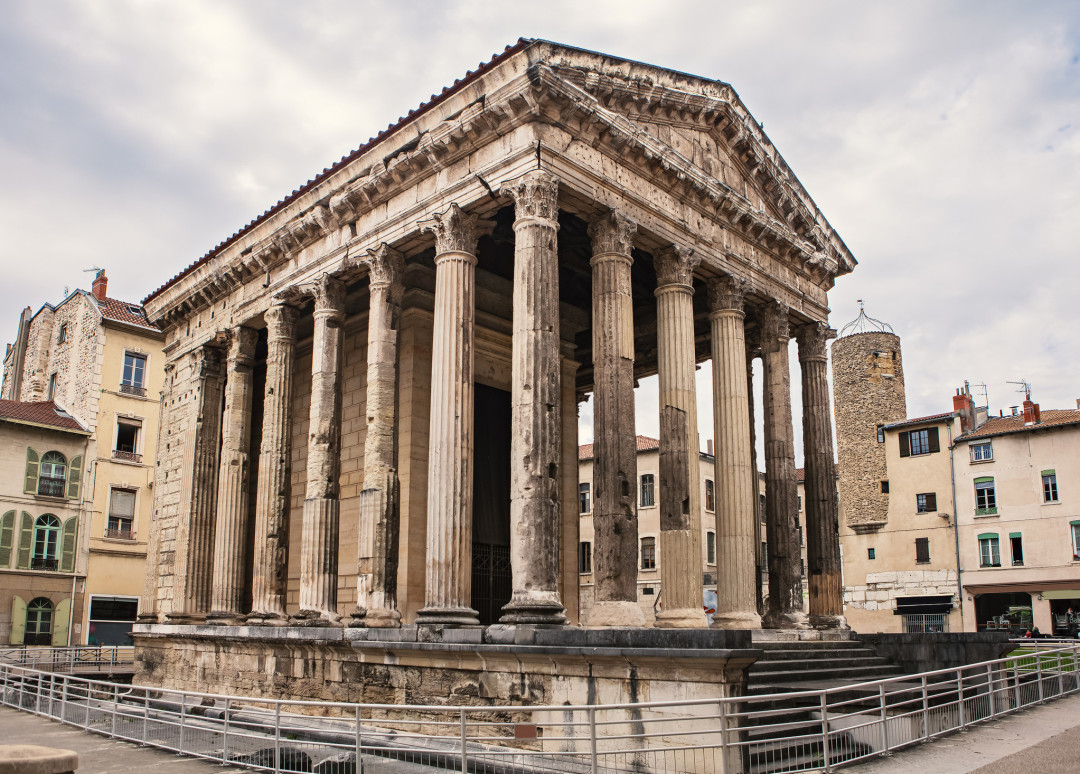 France - The Temple of Augustus and Livia, Vienne. Italy - The Temple of Hercules Victor in Piazza Bocca della Verità, in the Forum Boarium area. Greece - The Odeon of Herodes Atticus. It is named after the wealthy Greek aristocrat who served as a Roman senator and who funded its construction. Italy - The Amphitheater of Flavian in Pozzuoli. Hungary - The ruins of the ancient city of Aquincum are located in Budapest. Italy - The Pompeii Forum and Jupiter Temple. Mount Vesuvius is in the background.