The regular season is done and dusted, and eight clubs will now battle it out to be crowned the NRL premiers for season 2021. 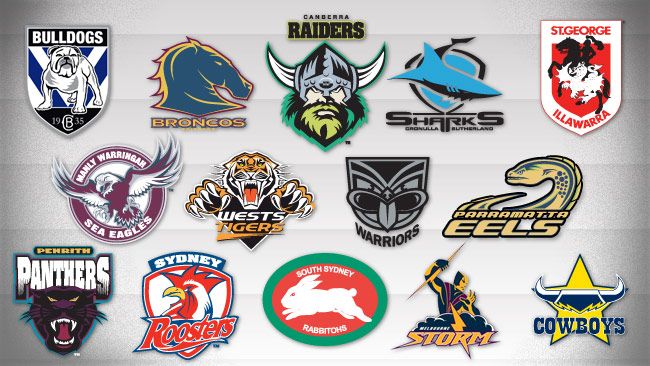 For the other eight sides, they'll be having a COVID-safe Mad Monday and dreaming of their trip to Vegas for another year.

Cronulla and Canberra both stumbled at the final hurdle and missed out, while sides like Canterbury and Wests Tigers never stood a chance.

I have broken down the major reason why each finals team missed the finals in 2021 below.

After missing the start of the year while recovering from an Achilles injury, Cronulla were humming once their star playmaker returned.

While he wasn't making the highlight reels every week, Johnson's composure and kicking game were helping the Sharks to plenty of victories.

His combination with Matt Moylan - who also missed plenty of time with a calf issue - was looking good, and the side were looking like a real finals side.

Unfortunately, Johnson went down with a hamstring injury against Canterbury, ruling him out for the remainder of the season.

From there, they managed just two victories from their last six games and missed the finals after the Titans 44-0 win over the Warriors on the final day of the regular season.

Johnson will now depart the club and head home to the New Zealand Warriors in 2022.

They found some solid form late in the season, but between rounds three and 15 the second-half fades from Canberra were a huge downfall.

Ricky Stuart's side was ahead at half-time on six occasions in games they went on to lose throughout the season, highlighted by the round nine clashes with Newcastle where they led 16-0 at the break.

In a season where they missed the finals by two points, this was the glaring issue for Canberra and something Stuart will have to rectify in 2022.

NEW ZEALAND WARRIORS - Too many distractions

The past two years have been a rollercoaster for the Warriors, having to live and play away from home.

In 2021, things got even tougher when Roger Tuivasa-Sheck announced he would be departing the club, and eventually the star fullback left before the season was finished.

Injuries were also a major concern, with the likes of Tohu Harris, Chanel Harris-Tavita, and Addin Fonua-Blake all spending extended time on the sidelines.

Matt Lodge only came to the club midway through the year, and while he has been a solid addition so far, was another distraction for the club.

They showed plenty of promise throughout the season, but in the end, the distraction of losing their skipper and having multiple big-name players sidelined proved too much.

Strong start to the year but falling away - classic Dragons.

This has happened far too many times and Red V fans are rightly sick of the failures, but there was a clear moment in the season where things went south.

Paul Vaughan - who has since been sacked by the club and signed with the Bulldogs - hosted a BBQ at his house, disobeying orders from the club, NRL, and NSW Government in regards to COVID.

Since then, St George Illawarra has failed to win a game despite playing fellow bottom-eight sides in the Titans, Raiders, and Cowboys.

Having over a dozen players sidelined through suspension during the four-week period following the BBQ left Anthony Griffin with some tough decisions, and it's fair to say he struggled with juggling it.

Prior to the BBQ drama, the Dragons also lost two games to the Tigers and one game to the Bulldogs. In the end, those three games proved the difference between finals and an early Mad Monday.

There's a whole heap of issues at Concord, but this one looks evident.

Who are the West's Tigers as a club? It's quite hard to say.

Michael Maguire is a passionate coach and as we've seen in the recent Fox League documentary, he is striving to get the best out of his playing group but is failing miserably.

James Tamou was brought in as a captain but has had no impact, while James Roberts and Joey Leilua could have been a damaging centre pairing, but struggled to even take the field.

They haven't made the finals for a long time, they aren't recruiting any big names for next year and continue to miss out on stars they do pursue - Latrell Mitchell, Tevita Pangai Junior, and Dale Finucane just to name a few.

Something needs to change, and it's hard to see how Maguire can turn things around with the roster at his disposal.

Three broken hands for Jason Taumalolo and the departure of Jake Clifford when the club was starting to get on a roll really hurt Todd Payten's side.

Their wrecking-ball lock only managed 15 games out of a possible 25, and when he is on the big bucks and is consistently among their best players, that is never an ideal scenario.

A purple patch of form with Clifford and Scott Drinkwater in the halves saw the Cowboys win six games from a possible eight - but then the club opted to let him go to the Newcastle Knights early.

From there, North Queensland struggled with new recruit Tom Dearden in the halves, losing 10 games in a row before snapping their horror run with a win over the Dragons in round 24.

With Dearden and Chad Townsend the likely halves combination for next season, it's hard to see how things turn around for the Cowboys.

Kevin Walters said it himself, and it's actually pretty hard to disagree with him - if Kotoni Staggs played the whole year, Brisbane would be a finals side.

In his month on the field, Brisbane also came within six points of heavyweights Penrith and fell in a high-scoring game against the Tigers where Staggs was the star for his side.

One player can't be an excuse for a season where they finished 15th, but Staggs makes a huge difference and provides X-factor like nobody else in the NRL today.

You could easily argue that in close defeats against Parramatta in round one, North Queensland in round nine, Roosters in round 21, and Cronulla in round 24, Staggs would have proved the difference and help Brisbane win those games.

Next year will be a different story, with the 22-year-old likely to be fully fit and a host of other players moving to Red Hill.

It's harsh, but Canterbury simply doesn't have the cattle to compete with the top sides.

They have plenty of heart, but they struggle to score points and once their depth is tested, they fall apart.

Luke Thomspon, Raymond Faitala-Marriner, Josh Jackson, Nick Cotric, and Jeremy Marshall-King all missed lengthy periods, and those five are among the best players at Belmore.

Kyle Flanagan was signed as a long-term halfback, but has struggled massively and is unlikely to start next year in the No.7 jumper with Matt Burton arriving.

The plus side for Canterbury is the likes of Burton, Josh Addo-Carr, Tevita Pangai Junior, and Matt Dufty all joining the club in 2022.

For new coach Trent Barrett, the only way is up, after a dismal campaign for the Bulldogs.