On 36 years of Museveni 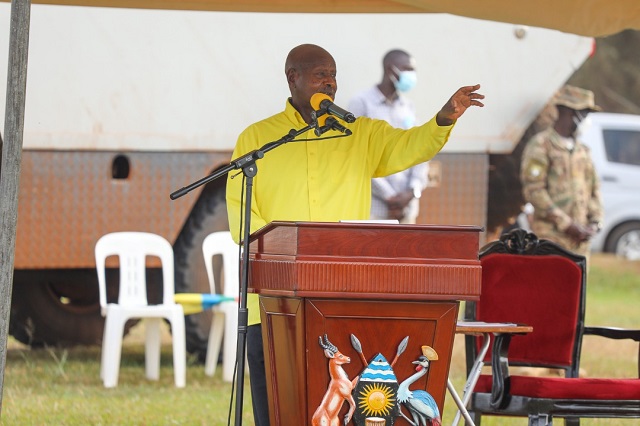 THE LAST WORD | ANDREW M. MWENDA | On January 26, President Yoweri Museveni and NRM will mark 36 years in power. He is the third longest-serving presidency in Africa today, and one of the longest in the post-World War Two world. What is his legacy?

Given Uganda’s (and Africa’s) post-independence history, I would suggest two: stabilisation of the political dispensation and putting and sustaining the economy on the rails of growth for over three decades.

When he came to power, Museveni’s became the eighth president in Uganda since independence. This means each of our presidents had served on average 2.87 years. All these transitions were characterised by chronic instability and violence. By giving Uganda a very long period of political continuity and stability, Museveni helped resolve the biggest source of state fragility that had led Uganda to state failure. As a result, Uganda today, previously a chronically unstable failed state, plays the most critical stabilising role in this region, helping prop such countries as Somalia, Central Africa Republic, South Sudan and DR Congo.

Yet this article will focus on the second pillar of Museveni’s legacy – sustained economic growth over the last 36 years. I focus on it because it is the least appreciated of Museveni’s contribution to Uganda.

Secondly, others think it is easy to sustain economic growth even at very high rates. Yet this is an illusion. Many governments across the world have been able to initiate growth and run a good sprint. However, very few have been able to sustain it over a very long period of time i.e., run a marathon.

Very high rates of growth for a few years are followed by periods of slow, stagnant or even negative growth. As a result, previous gains are significantly undercut. Therefore, the biggest challenge of economic management is not initiating economic growth per se, but sustaining it over generations.

According to data from the IMF, between 1986 and 2020 (35 years), Uganda sustained an average annual GDP growth rate of 6%. This makes it the 11th fastest growing economy in the world, out of 199 countries; 4th in Africa behind Equatorial Guinea, Ethiopia and Mozambique. Equatorial Guinea is number one in the world but this is entirely due to an oil bonanza; a gift of nature or God, not a result of good policy. 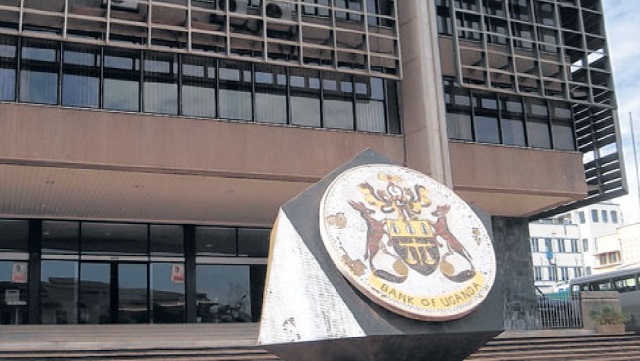 Uganda’s growth is the more remarkable because it is a landlocked country, has had no rich minerals, some of its neighbours have been politically unstable countries and the country was embroiled in civil wars between 1986 and 2005.

In fact, when you examine data, there is not a single short-term block period of say five or ten years when Uganda’s economic performance is among the best 25 countries in the world.

It is only when we stretch the time to 30 or 35 years that Uganda’s economic growth rate comes among the top 13. Why is this important? Because it demonstrates the point above – that economic development is a marathon, not a sprint. The winners are those who sustain growth over generations and the Museveni administration has proven itself very good at this.

Uganda has been able to sustain long term growth in large part because of policy innovation, policy consistency and sound management of policy. This assures investors that their investments are safe i.e., will not be subjected to the uncertainty of regular policy reversals.

For many people, Uganda’s average real growth rate of 6% over 35 years seems low. This is especially so when you compare with China which has done 9%. For instance, a difference of 3% in growth rates over 40 years makes a huge difference. But China is an outlier. Next to it is Bhutan which has done 7% (3rd) and Ethiopia 6.73 (4th) where the difference of 1% while big (especially if compounded over decades) is not fundamentally different. Therefore, Uganda under Museveni is a global star in growth.

In his great book, The Next Convergence, the Nobel laureate in economics, Michael Spence, shows that between 1955 and 2005, only 13 countries in the world sustained average economic growth at 7% and above during any block period of 30 years. When I checked Uganda’s 30-year average (1986-2015), it was 6.74%. Impressive!

Again, one may think 3.5% per capita growth is small. But it is actually highly impressive by historic standards. For instance, the USA has a nominal per capita GDP of $69,000 today, the 9th highest in the world. Now look at this: according to Thomas Piketty in his majestic book, Capital, over the last 100 years, the USA has sustained a per capita GDP growth of only 1.5%, Europe 1.45%. The nations of East Asia (China, Singapore, Hong Kong, South Korea and Taiwan) have been unique in the history of economic growth because their per capita GDP growth has averaged more than 5% over 40 years. 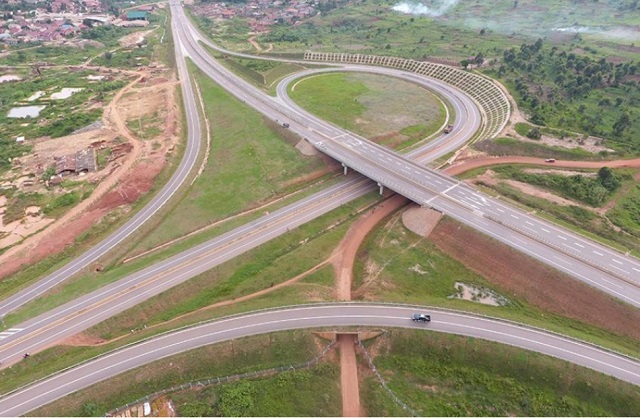 Now some people deride GDP as a measure of economic success. Indeed, many arguments they raise about its weaknesses and distortions are valid. Yet in spite of this, mankind has not designed any index to act as a proxy for economic success that is better than GDP.

In any case, indexes are self-referential. They send signals of what you want to send. You load them up with what you think is important and the index tells you how you are doing. For instance, Scandinavian countries regularly come on top of the HDI. But this is because the HDI is, at its heart, really a measure of how Scandinavian a country is.

Thus, in the search for a replacement for, or useful addition to, GDP, it is vital to acknowledge this basic problem with composite indexes. Perhaps the Canadian Index for Wellbeing (CIW) is better because it asks people what makes their lives happy.

Uganda can develop its own index. Reading traditional and social media, I get the sense that most Ugandans want jobs, better public goods and services (good roads, clean water, access to electricity, good schools and hospitals etc.). All these are only possible if the country has money to pay for them. The source of jobs is often (not always) sustained growth and so is the source of state revenues to pay for public goods and services. Even abstract aspirations like freedom, dignity and self-actualization are more likely to be largely (not entirely) a result of increasing income which gives people access to opportunities to make choices.

In 1986, Ugandans had access to one television station (in only five towns), one radio station, one university, two brands of soda, two brands of beer, etc. And even these were not always available.

Today there are hundreds of televisions and radio stations, tens of universities, and supermarkets and shops (even in the remotest parts of the country) that are fully stocked with a large variety of essential and non-essential goods. This variety of choices is an essential indicator of economic development. To be poor is to have little choice available and this increase in possibility is the most important aspect of escape from poverty.

Museveni always says that in 1986, Uganda collected Shs5 billion in revenues. That is Shs33 billion when adjusted to 2017 prices – giving us a per capita revenue of Shs2,200.

Today, URA collects Shs60 billion per day – that is per capita revenue of Shs540,000. Few countries have witnessed this rapid growth in revenue. Even when I shifted the base year to 1992 (to remove the distortions created by civil war), Uganda’s revenue growth performance was better than Kenya, Tanzania, Zambia, Malawi, Benin, Senegal, Ghana and Nigeria. Only Rwanda and Ethiopia did better. None of the rich nations of Europe and North America could even compete. The problem is that the country began on a very low base.

Refer to the Rule of 72 again. If the per capita income of Uganda had grown at the 7% per annum, the highest ever recorded in history it would double every ten years. Therefore, this year it would be $1700, demonstrating that transformative change in income takes generations. This would still be far below that of Kenya today at $2,200.

But Uganda’s per capita GDP has grown at 3.5% and therefore could only double every 20 years, hence its current value of $1,018. And yet this is among the highest rates recorded in history outside of East Asian tigers.

So, when we feel frustrated by less change in incomes, it is not because NRM has performed poorly but because economic transformation takes generations. Yet in spite of our justified frustrations, economic growth has led to growth in private incomes and state revenues.

Growth in private incomes has made it possible for many of our citizens to improve their lives by living in better houses, dressing better, eating better and accessing other essential and nonessential goods and services that make modern living comfortable.

Conversely, growth in state revenues has improved the capacity of the government to serve our citizens better through the supply of public goods and services. Today, every border of Uganda with her neighbours is connected by a paved road. Up to 80% of the population has access to an improved water source. The country is largely secure and one of our vital exports to our struggling neighbours in this region is security. This is a great transformation given that 40 years ago, Uganda was insecure and exporting refugees to her neighbours and now is a big host of refugees.

The lesson to draw from this tour is that economic growth is primary, the rest is derivative. It is better to seek growth and then discuss growing income inequality in the context of a growing economy, not a stagnating one. This is because ultimately, for anyone, it is better to hold a small slice of a growing pie than to hold a large slice of a shrinking one. Shipping container shortage sends cotton industry 'back to the future' 7 Tips for an Aspiring Photojournalist