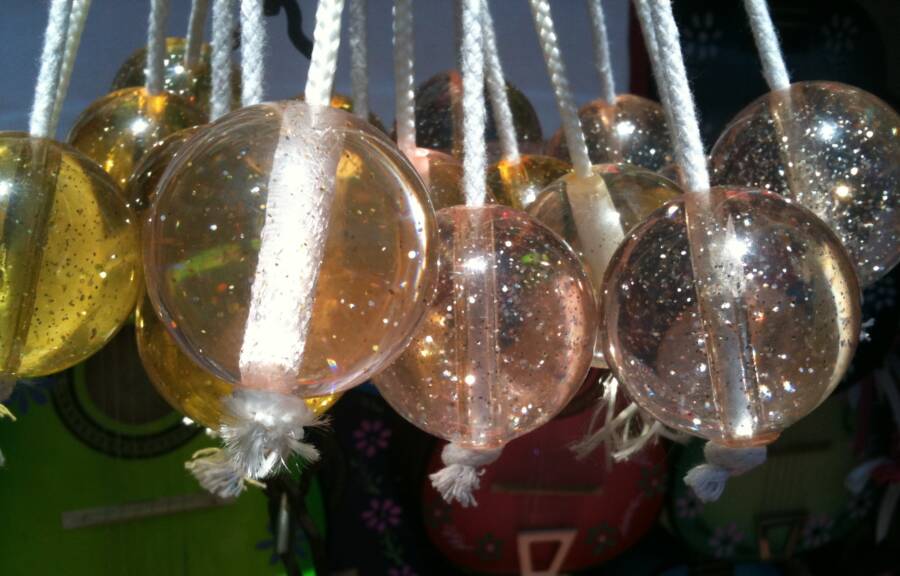 Clackers on display in a vintage toy store.

In the late 1960s, the advent of helicopter parenting was decades away, and kids happily enjoyed toys that had yet to be deemed too dangerous. Among them were Clackers — inspired by rural Argentinian hunting tools.

This dangerous toy was essentially comprised of two small but heavy balls that were tied to a string. Whirling them around produced a thunderous ear-splitting clap that children found delightful.

Toymakers had sold millions of the seemingly harmless product by the early 1970s. Inspired by boleadoras, which Argentinian cowboys (or gauchos) used to wrangle wild Andean mammals, the toy was infused with a primal appeal.

Clackers became so popular that the small Italian province of Calcinatello had begun hosting an annual Clacker competition. Unfortunately, the popular kids’ version was riskier than the real thing. Though Clackers were highly popular and addictive, they were also dangerous — and often exploded.

Clackers were commonly manufactured out of wood or metal. Toy shelves across the world were also stacked with varieties made out of hard acrylic plastic.

Clacker-addicted youths playing with these plastic versions soon found that the material was prone to shattering — sending shards of tiny plastic shrapnel flying. For years, kids across the globe were hit with shattered acrylic plastic, which resulted in blindness in worst-case scenarios.

As was the case with “Jarts,” the FDA was in charge of regulating toy safety. A 1966 act gave them the authority to do so, as well as to ban any toys that contained “chemical, flammability, or radioactivity hazards.”

The Child Protection and Toy Safety Act of 1969 that followed, meanwhile, allowed the FDA to ban toys it deemed violated those regulations. Unfortunately, it was too late for Clackers — which had slipped through the regulatory cracks for years before this act passed into law.

Initially marketed as a toy that could improve hand-eye coordination for kids, Clackers had become so dangerous that the Society for the Prevention of Blindness issued a warning in 1971. This led the FDA to develop entirely new safety standards for manufacturers and to demand detailed record-keeping and testing. 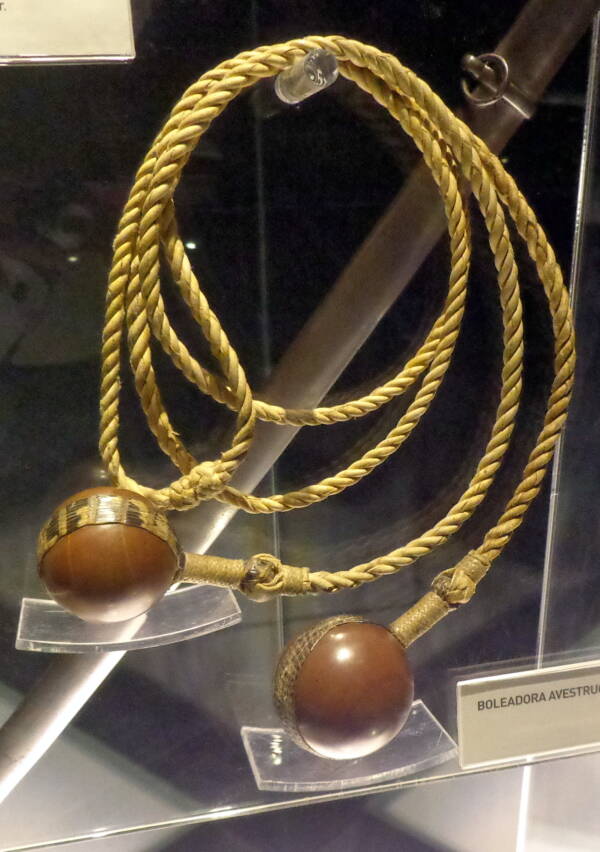 An Argentinian hunting tool, boleadoras (or bolas) were the original inspiration for Clackers.

In 1973, the Consumer Product Safety Commission was born. By 1976, the newfound commission declared these dangerous toys a “mechanical hazard.”

Banned ever since manufacturers later pivoted their construction methods and used safer materials to produce the lucrative toy.

In that sense, regulating dangerous toys isn’t really the killjoy that critics make it out to be. Instead, the same product is still globally available today — without the risk of blindness.

As for the other banned toys on this list, it’s certainly for the best that they’re no longer for sale.