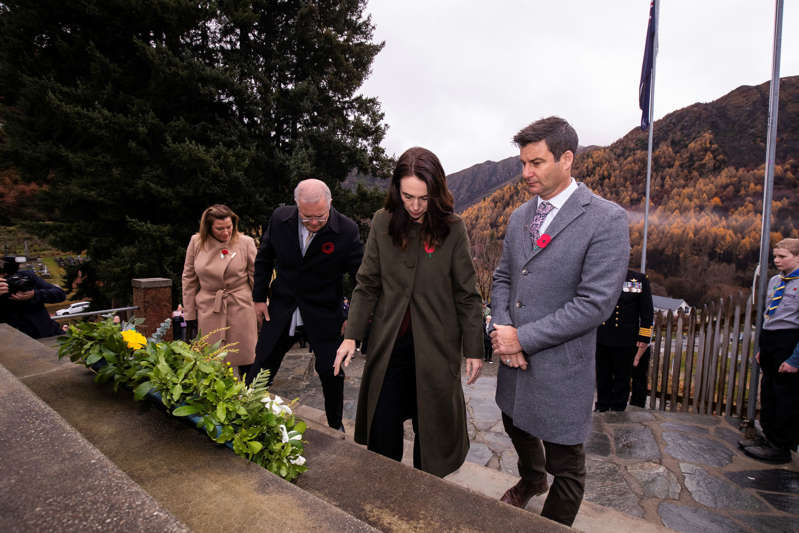 Jacinda Ardern put it down to a case of perception versus reality. But in an increasingly complex geopolitical world, she must realise it's getting harder to tell the difference.

Whether the popular New Zealand prime minister has been judged fairly or unfairly, it is perhaps a reflection of the size of the task at hand that the relations between her nation and Australia had appeared so rocky.

Those in the inner circles of government will often remark that when they say it's not about China, that usually means it's all about China. And the bilateral meeting between Scott Morrison and Ardern in picturesque Queenstown on Monday was about China in almost every way.

Sensing she was in for a hard time from a visiting Australian press pack, Ardern went on morning radio to respond to an incendiary report on 60 Minutes, which accused the Kiwis of ditching us "for a fast Chinese buck".

Asked why Australia and New Zealand "don't go in as one" to stand up to China, Ardern said: "we do - more often than we don't".

"I think what we're dealing with here is more of a perception issue - particularly, I notice, from the Australian media, than reality," Ardern told the AM Show. "I don't want to play too much into what is a perception rather than what we know to be happening on the ground."

She reiterated that Australia was not just a best friend, but "family".

"They are our closest family, in so many respects. If I think about the leaders I've had contact with over the last 15 months through COVID, it has been Scott and Australia. At any time, we can pick up the phone," she said.

Some of those phone calls in recent times have been tense, it's fair to say. The issue of China and how to deal with the growing assertive presence of Beijing in the Indo-Pacific region is one that will take all of Australia's allies to pull in the same direction. But in the past six months, Ardern's government has provided Canberra with some moments to ponder whether everyone was on the same page.

In December, New Zealand's foreign affairs minister Nanaia Mahuta offered to mediate a truce between Australia and China and said both parties needed to "concede in some areas where they are currently not seeing eye to eye". Months later, NZ Trade Minister Damien O'Connor suggested Australia should speak with more "respect" and "diplomacy" towards China.

These statements were put down to mistakes from ministers on training wheels but further comments from Mahuta offering to mediate in the dispute between Australia and China tipped things over the edge.

On Monday Ardern put her name to a statement that outlined both nations' commitment to a "free and open Indo-Pacific". Until now that phrase was almost never used in New Zealand but has been common around the rest of the region.

It is code for a rules-based order and directly rejects China's claims over some historical sphere of influence in the region.

Ardern's joint appearance with Morrison dispelled the perception she was not sound on Beijing.

Rest assured that the reality is that New Zealand, on all matters China, is well and truly back in the tent.