The company has 430 vehicles across the city. 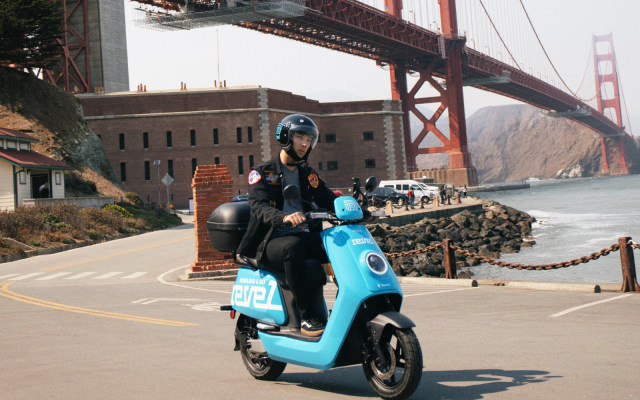 Despite ongoing safety concerns about its platform, Revel is expanding into San Francisco. As The Verge notes, Monday's announcement is not the electric moped rental company's first expansion into the Bay Area; it also operates in Berkeley and across the Bay Bridge in Oakland. But San Francisco area users will have access to a slightly different moped than the one available in other markets. The 430 new vehicles feature 2,960-watt motors "designed to tackle those famous SF hills."

As mentioned above, the expansion comes as Revel faces questions about the safety of its platform. In July, the company temporarily suspended service in New York City after at least two people died — and dozens more injured themselves — riding its mopeds. On August 27th, Revel returned to NYC with new safety measures. The company now requires all users to complete a mandatory in-app safety test, as well as snap a photo of themselves wearing a helmet before they can use one of its mopeds. But questions remain. For instance, how does the company verify someone hasn't taken off their helmet after sending a selfie?

The move also comes as mass transit usage has declined across the US and globally due to the coronavirus pandemic. As of the end of July, Bay Area public transit ridership had dropped by 70 percent. Revel could be a much-needed way to get around the city for people without access to a car — though they'll be substituting one risk for another. Moreover, with each ride costing $1 to start and then an additional $0.25 for every minute of your journey, using the platform for longer commutes isn't exactly affordable. In other words, like a lot of on-demand platforms, it doesn't help those low-income individuals who have had to use public transit to get to work.