The government has yet to release any scientific data related to its research.

As nations and NGOs around the world scramble to develop a safe and effective vaccine against the coronavirus, Russia claimed on Tuesday to already have one. "A vaccine against coronavirus has been registered for the first time in the world this morning," Russian President Vladimir Putin said on state TV during a press conference outside his residence. "I know that it works quite effectively, it forms a stable immunity."

He is reportedly so confident of the vaccine’s efficacy that he has already inoculated one of his children with it. "One of my own daughters has tested the vaccine," Putin continued. "All she experienced was a slightly elevated temperature and [she] feels just fine." However, the breakneck speed at which the formula was developed — not to mention the monumental stakes at hand — has many medical researchers questioning whether Russia cut any corners in its efforts to be the first country with a viable vaccine.

The formula, dubbed Sputnik-V in honor of the first satellite to reach space in 1957, was developed by Moscow’s Gamaleya Institute. However, the Institute has not released any developmental or scientific data relating to the vaccine’s creation, nor has it undergone peer review, so all we have to go on is what the Russians have publicly announced. Without that data, the World Health Organization cannot evaluate the vaccine’s safety or efficacy, Jarbas Barbosa, the assistant director of the WHO’s regional branch, the Pan American Health Organization, explained to Al Jazeera. 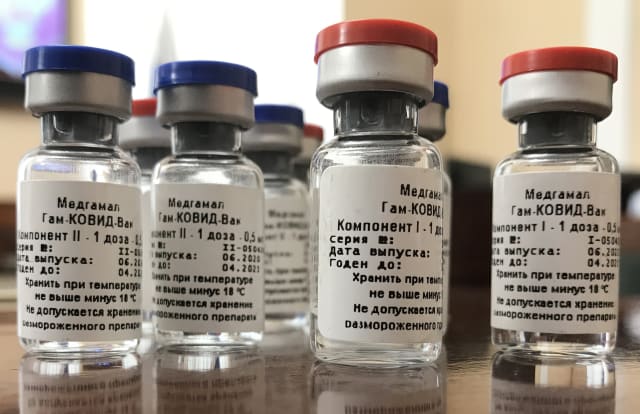 Russian health officials have already noted that medical workers, teachers, and other front-line groups will be among the first to receive the treatment when production ramps up in September. Putin plans to have doses ready for the general public come January but they won’t be the only ones to receive it. "We've seen considerable interest in the Russian vaccine developed by the Gamaleya Institute abroad. Moreover, we have received preliminary applications for over 1 billion doses of the vaccine from 20 countries," Kirill Dmitriev, head of the Russian Direct Investment Fund (RDIF), told CNN on Tuesday. A number of US companies are reportedly interested as well.

Now, while Putin said that the formula has been “registered,” that really only means that it’s gone through a bureaucratic process within the Russian Health Ministry -- akin to getting regulatory approval. What it has not completed is its Phase 3 clinical trial, a critical step in determining a drug’s safety for the general populace.

Rigorous, clinical trials got their start in the 18th century when physician James Lind conducted a study into the cause of scurvy amongst sailors on long-distance voyages. These trials grew into their modern form in the 1920s and 1930s with the introduction of randomization, replication, and blocking. Today’s trials are typically conducted in a series of phases: Phase 0 involves around 10 - 15 people and is done to see the basic effects of the drug on the human body using very small doses of the formula. Phase 1 screens for safety with a group of around 20 - 80 people to ensure that the drug won’t immediately kill or incapacitate anyone. Phase 2 determines the most effective dosages of the drug and the proper dosage range.

Phase 3 trials allow drug developers to test the formula’s safety and efficacy, spot potential side effects or interactions with other common pharmaceuticals and compare it to existing treatments. They usually require months to complete, involve thousands to tens of thousands of people, and typically come before a drug gets registered. For example, Moderna’s mRNA-1273 Phase 3 trial, which began in July and which has just landed a major supply deal with the US government, will rely on as many as 30,000 volunteers.

“Although face coverings, physical distancing and proper isolation and quarantine of infected individuals and contacts can help us mitigate SARS-CoV-2 spread, we urgently need a safe and effective preventive vaccine to ultimately control this pandemic,” NIAID Director Dr. Anthony S. Fauci, said in a press release. “Results from early-stage clinical testing indicate the investigational mRNA-1273 vaccine is safe and immunogenic, supporting the initiation of a Phase 3 clinical trial. This scientifically rigorous, randomized, placebo-controlled trial is designed to determine if the vaccine can prevent COVID-19 and for how long such protection may last.”

Russia’s vaccine, on the other hand, is reportedly based on other members of the coronavirus family which can cause less severe colds and flu. Rather than wait for the results from tens of thousands of study cases, it appears that the Russians may have engaged in a form of intensive human challenge trial, starting with members of the research team themselves, then expanding to military service members and eventually the VIP cohort that Putin’s daughter was a part of.

Per the US National Library of Medicine, Sputnik-V’s Phase 1 and 2 trials involved a total of 76 people. Among the 38 who were administered either one or two doses of the actual vaccine, all produced antibodies. The effects of the vaccine were reportedly mild with elevated temperatures and headaches being the most reported symptoms.

“I hope that the Russians have actually definitively proven that the vaccine is safe and effective,” Fauci told ABC News correspondent Deborah Roberts this week, during the taping of an upcoming NatGeo keynote event. “I seriously doubt that they've done that.” 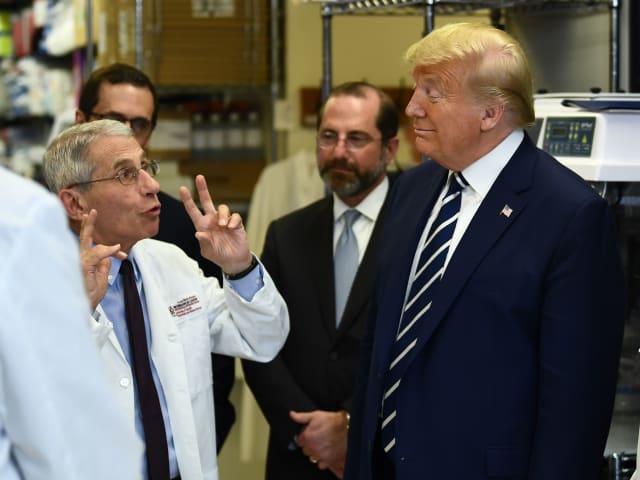 Human challenge trials are much more direct than the multiphase trials described above. These “are trials in which participants are intentionally challenged (whether or not they have been vaccinated) with an infectious disease organism,” the WHO explains in its 2016 publication, Human Challenge Trials for Vaccine Development: regulatory considerations. “This challenge organism may be close to wild-type and pathogenic, adapted and/or attenuated from wild-type with less or no pathogenicity, or genetically modified in some manner.”

The very first vaccine ever developed was done through a human challenge trial in 1796 when English physician Edward Jenner deliberately infected his son with cowpox, which causes a mild reaction in humans, to protect the boy from its much deadlier cousin, smallpox. The tradition continues today with organizations like 1DaySooner advocating for coronavirus human challenge trials. It has already signed up more than 25,000 volunteers. However, this method is not without its dangers, especially in the case of COVID-19.

“Human challenge studies are generally contemplated only when rescue with a lifesaving treatment or intervention is available should a vaccine candidate not protect a volunteer from the disease,” Michael Rosenblatt, Chief Medical Officer for Flagship Pioneering, argues in a June StatNews op-ed. “But there is no cure or treatment against the SARS-CoV-2 virus that can be deployed with confidence, making viral challenges particularly risky and ethically questionable.”

He also points out that while vaccines for diseases like measles and mumps are fully effective, some vaccines — especially for adults — can be only 70 to 80 percent effective and as little as nine percent. “Imagine, for a moment, that a vaccine candidate undergoing testing turns out to generate immunity in 80 percent of those who receive it. Then 20 percent will become infected with Covid-19,” he wrote.

Russia’s methodology has also drawn concern from the World Health Organization, which has requested that the Russian Federation adhere to international norms and regulations regarding vaccine development.

“It’s vital that we apply all public health measures that we know are working, and we need to continue to invest in and accelerate the development of safe and effective treatments and vaccines that will help us reduce disease transmission in the future,” WHO spokesman Tarik Jasarevic said during a Tuesday press conference.

“We are in close contact with the Russian health authorities, and discussions are going on with respect to possible pre-qualification of the vaccine," he continued. To date, the “WHO lists 25 candidate vaccines in clinical evaluation and 139 in pre-clinical evaluation.”

The world passed 20 million global infections this week so if we have any hope of getting back to a pre-pandemic normal, we’re going to need at least a couple of those vaccine candidates to prove effective.