But is the console worse as a result? 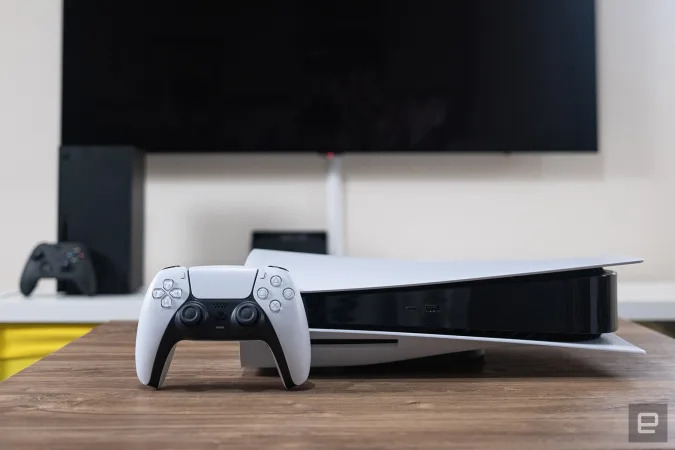 Sony recently introduced an oddly lighter revision of the PlayStation 5, and it's now clear just why the console is that much easier to carry. YouTube creator Austin Evans has posted a teardown that shows the revised PS5 Digital Edition (that is, the no-disc model) is using a smaller, likely lower-cost heatsink. While this shaves a whopping 0.66lbs off the weight, it also raises the overall temperature by a few degrees — not necessarily a major issue, but worth noting if you either upgrade your SSD or stuff your system into a crowded media cabinet.

There are subtler changes as well, including an easier-to-use stand screw and tweaked connections to the WiFi chip, although it's not clear if or how the wireless changes make a practical difference. It's also uncertain how many of these changes translate to the disc drive version of the PS5.

The company hasn't officially explained its design choices for the updated PS5. As Evans speculates, however, the refreshed PS5 may be a cost-cutting measure that reflects lessons learned in the several months since the machine's debut. Now that Sony knows how well the cooling and other components perform, it knows where it can afford to use cheaper, simpler parts.

The timing is apt. In its first-quarter earnings briefing, Sony told investors it was no longer selling the disc-based PS5 at a loss — this latest design could make the Digital Edition profitable that much sooner. While the choice won't thrill gamers with bitter memories of overheating Xbox 360s (however unlikely a repeat might be), it might play an important role in Sony's long-term health.