The best games for Xbox Players 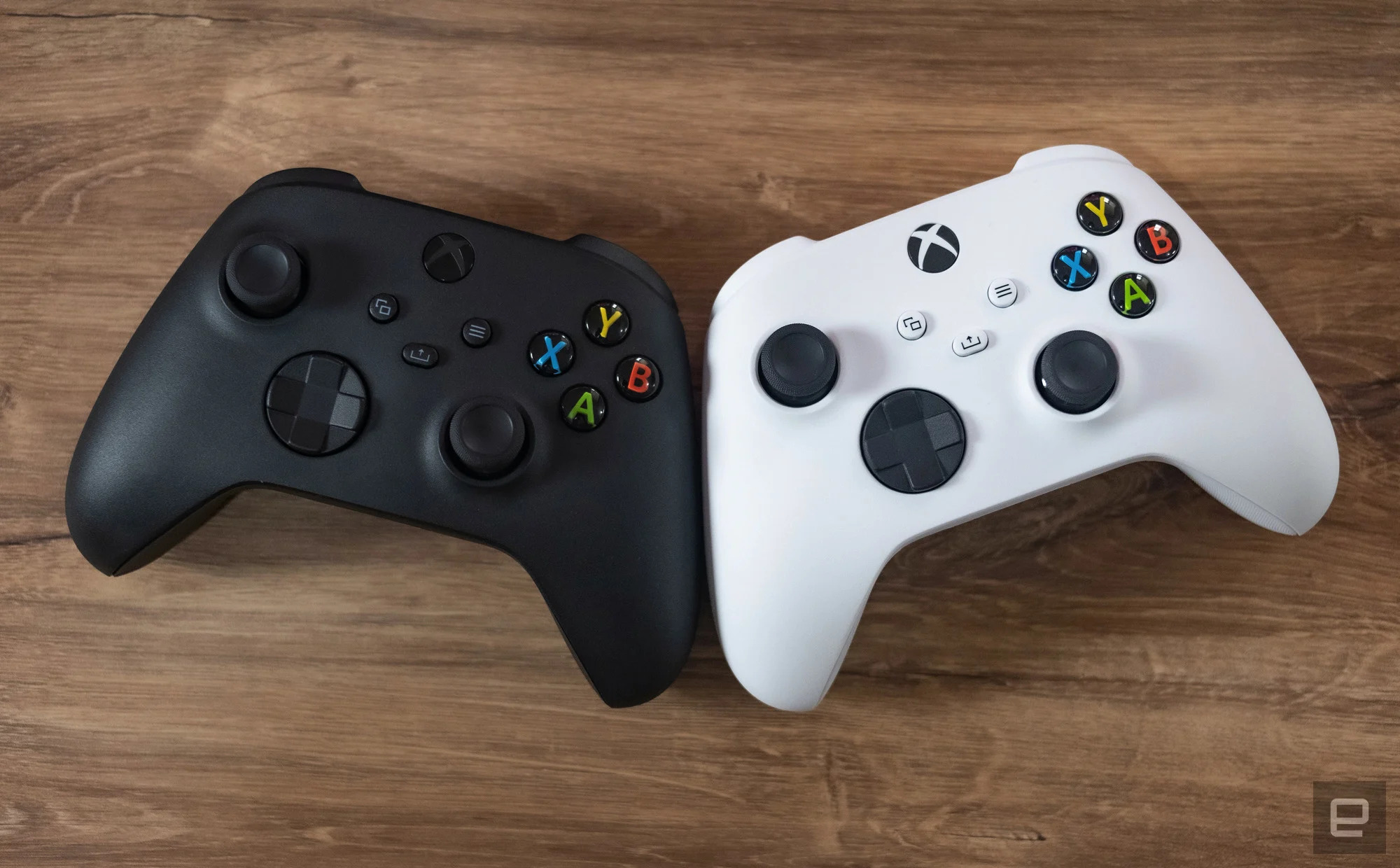 A series of missteps put Microsoft in second place before the Xbox One even came out. With the launch of the Xbox Series X and S, though, Microsoft is in a great position to compete. Both are well-priced, well-specced consoles with a huge library of games spanning two decades.

Microsoft’s console strategy is unique. Someone with a 7-year old Xbox One has access to an almost-identical library of games as the owner of a brand-new Xbox Series X. That makes it difficult to maintain meaningfully different lists for its various consoles — at least for now. But while “next-gen” exclusives may be few and far between, with PS4 outselling Xbox One by a reported two-to-one, there are a lot of gamers who simply haven’t experienced much of what Microsoft has had to offer since the mid-'10s.

It’s with that frame of mind that we approach this list: What games would we recommend to someone picking up an Xbox today — whether it’s a Series X, a Series S, One X, or One S — after an extended break from Microsoft’s consoles?

This list then is a mixture of games exclusive to Microsoft’s consoles and cross-platform showstoppers that play best on Xbox. We’ve done our best to explain the benefits Microsoft’s systems bring to the table where appropriate. Oh, and while we understand some may have an aversion to subscription services, it’s definitely worth considering Game Pass Ultimate, which will allow you to play many of the games on this list for a monthly fee. 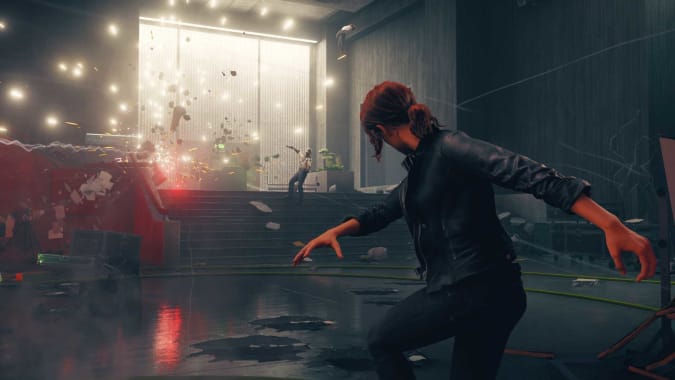 Take the weird Twin Peaks narrative of Alan Wake, smash it together with Quantum Break's frenetic powers and gunplay, and you've got Control. Playing as a woman searching for her missing brother, you quickly learn there's a thin line between reality and the fantastical. It's a catnip for anyone who grew up loving The X-Files and the supernatural. It's also a prime example of a studio working at its creative heights, both refining and evolving the open-world formula that's dominated games for the past decade.

Control on the last-gen Xbox is a mixed affair, with the One S struggling a little, but the One X being head-and-shoulders above the PS4 Pro when it comes to fidelity and smoothness. With the launch of the next-gen consoles, an ‘Ultimate Edition’ emerged which brought the ray-tracing and higher frame rates that PC gamers enjoyed to console players. Although you’ll only get those benefits as a next-gen owner, it also includes all the released DLC and is the edition we recommend buying, even if you’re not planning to immediately upgrade. 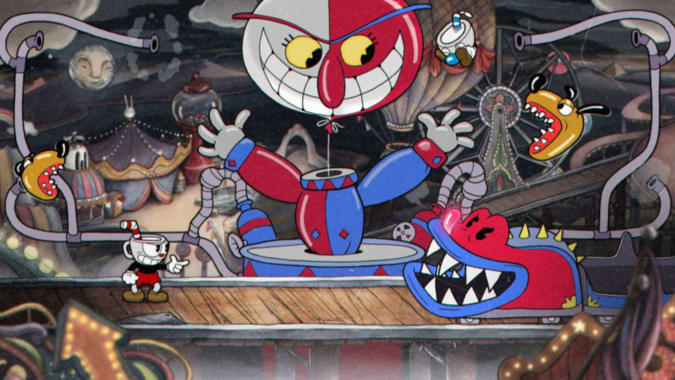 Studio MDHR's Cuphead is as beautiful as it is challenging — and it's very beautiful. Half bullet-hell shooter, half platformer, half classic boss rush... wait that's too many halves. Either way, Cuphead pulled in basically everyone with its charming, hand-drawn visuals that look like they're straight out of the 1930s. It then kept them around with tough-as-nails gameplay which somehow never feels unfair. It has some of the most memorable boss fights you're ever likely to have — Cala Maria is our favorite — but what will stay with you the most is that feeling of finally beating the one you get stuck on, 273 deaths later. 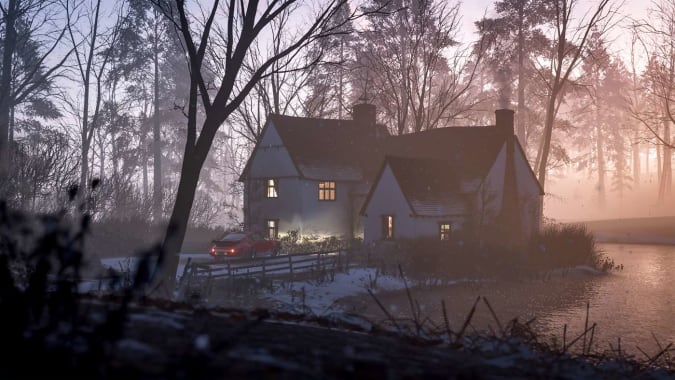 The Forza Horizon games have always played second fiddle to the main series, but in Forza Horizon 4, Playground Games made our favorite Forza game ever. Horizon 4 takes the arcade gameplay and open world of the series to Great Britain, exploring some of England, Scotland, and Wales' most beautiful landmarks. All the cars you'd expect are here, but perhaps the most interesting addition is the seasons. You see, the game's enormous map totally transforms with the time of year, and with it, so does the way the cars handle. There is a whole lot of game here, and all of it is very fun. 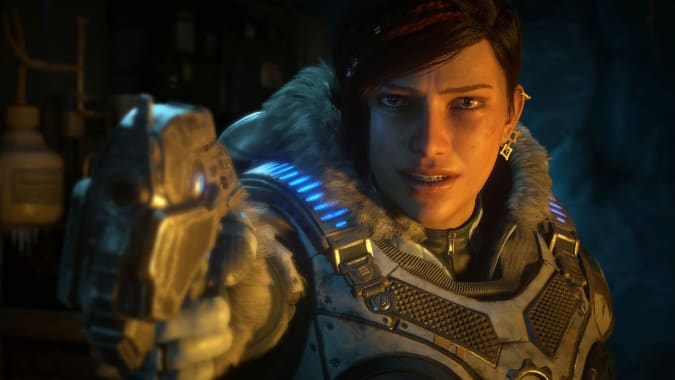 Gears 5 tries to be a lot of things and doesn't succeed at them all. If you're a Gears of War fan, though, there's a lot to love here. The cover-shooter gameplay the series helped pioneer feels great, and the campaign, while not narratively ambitious, is well-paced and full of bombastic set pieces to keep you interested. As they stand, the various multiplayer modes are not great, but Gears 5 is worth it for the campaign alone.

It’s also a true graphical showcase, among the best-looking console games around. Microsoft did a great job optimizing for all platforms and use-cases, with high-resolution and ultra-high (up to 120fps on series consoles) frame rates. 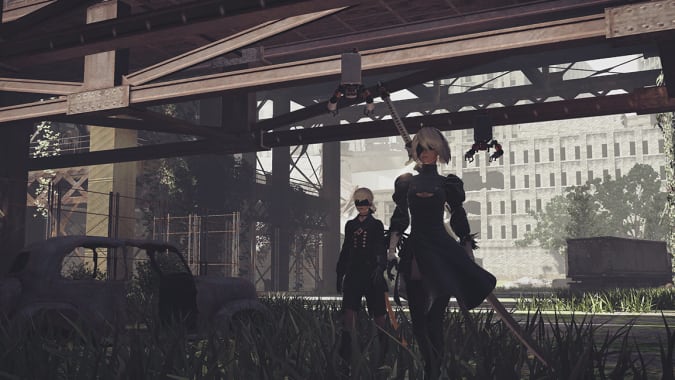 It took more than a while to get here, but Nier: Automata finally arrived on Xbox One in the summer of 2018. And boy, was it worth the almost-18-month wait. Nier takes the razor-sharp combat of a Platinum Games title and puts it in a world crafted by everyone's favorite weirdo, Yoko Taro. Don't worry, you can mostly just run, gun and slash your way through the game, but as you finish, and finish and finish this one, you'll find yourself pulled into a truly special narrative, one that's never been done before and will probably never be done again. It’s an unmissable experience and one that feels all the more unique on Xbox, which has never had the best levels of support from Japanese developers.

On Xbox One X and Series X, you effectively have the best version of Nier: Automata available, short of a fan-patched PC game. On Series S and One S... not so much, but you do at least get consistent framerates on the Series S and a passable experience on the One S.

Ori and the Blind Forest 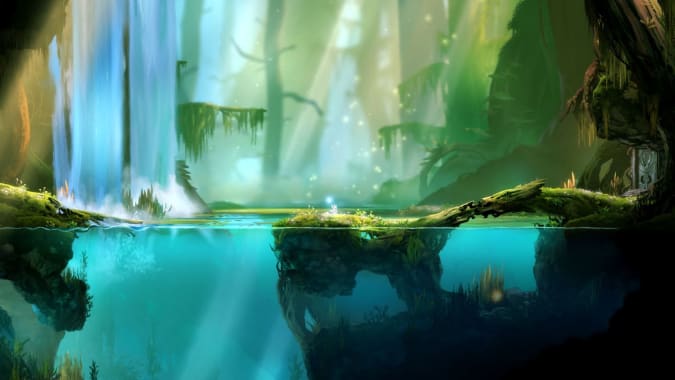 Arriving at a time when "Gears Halo Forza" seemed to be the beginning, middle, and end of Microsoft's publishing plans, Ori and the Blind Forest was a triumph. It's a confident mash of the pixel-perfect platforming popularized by Super Meat Boy, and the rich, unfolding worlds of Metroidvania games. You'll die hundreds of times exploring the titular forest, unlocking skills that allow you to reach new areas. It looks and sounds great — like, Disney great — and its story, while fairly secondary to the experience, is interesting. Ori might not do much to push the boundaries of its genres, but everything it does, it does so right. Its sequel, Ori and the Will of the Wisps are very much “more of everything,” so if you like Blind Forest, it’s well worth checking out too. 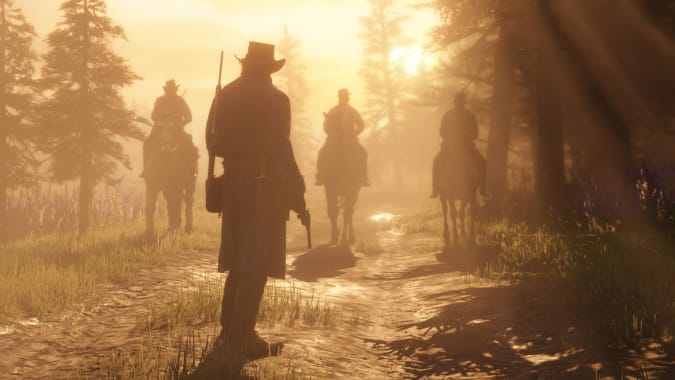 Red Dead Redemption 2 is the kind of game no one but Rockstar, the team behind the GTA series, could make. Only when a studio is this successful can it pour millions of dollars and development hours into a game. Rockstar's simulation of a crumbling frontier world is enthralling and serves as a perfect backdrop to an uncharacteristically measured story. While the studio's gameplay may not have moved massively forward, the writing and characters of RDR2 will stay with you.

While Rockstar hasn’t deemed fit to properly upgrade Red Dead Redemption 2 for the next-gen yet, Series X owners will at least benefit from the best last-gen (Xbox One X) experience with the addition of improved loading times. The Series S, on the other hand, gets the One S version, but with an improved 30 fps lock and swifter loading. 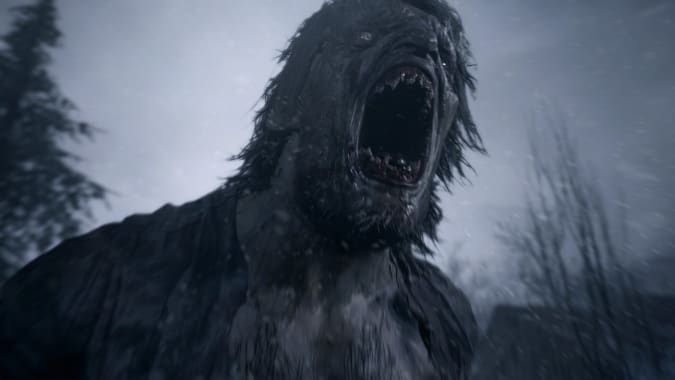 Resident Evil Village is delightful. It’s a gothic fairy tale masquerading as a survival-horror game, and while this represents a fresh vibe for the franchise, it’s not an unwelcome evolution. The characters and enemies in Village are full of life — even when they’re decidedly undead — and Capcom has put a delicious twist on the idea of vampires, werewolves, sea creatures, giants, and creepy dolls. The game retains its horror, puzzle, and action roots, and it has Umbrella Corporation’s fingerprints all over it. It simply feels like developers had fun with this one, and so will you.

A word of caution before you run to buy it, though: This game doesn’t play great on every Xbox. On Series X, things are great: There's the option to turn on ray-tracing with the occasional frame rate issue or to keep it off and have a perfect 4K/60 presentation. With the Series S, while there is a ray-tracing mode, it’s almost unplayable. With ray-tracing off, the Series S does a decent job, though. The One X’s 1080p/60 mode is also fantastic, although its quality mode feels very juddery. If you own a base Xbox One or One S, though, there’s really no mode that actually feels enjoyable to play. 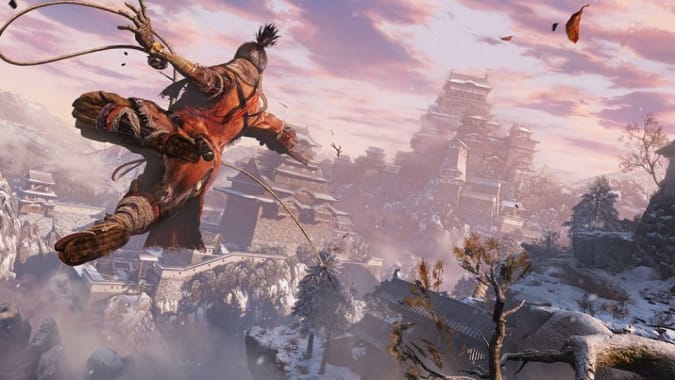 Sekiro: Shadows Die Twice isn't just another Dark Souls game. FromSoftware's samurai adventure is a departure from that well-established formula, replacing slow, weighty combat and gothic despair for stealth, grappling hooks, and swift swordplay. Oh, and while it's still a difficult game, it's a lot more accessible than Souls games — you can even pause it! The result of all these changes is something that's still instantly recognizable as a FromSoftware title, but it's its own thing, and it's very good.

This is one game that’s really not had a lot of love from its developer or publisher, as, despite the fact next-gen consoles should be easily able to run this game at 60 fps, the Series S is locked to an inconsistently paced 30 fps, while the Series X doesn’t quite hold to 60 either. With that said, it’s more than playable. 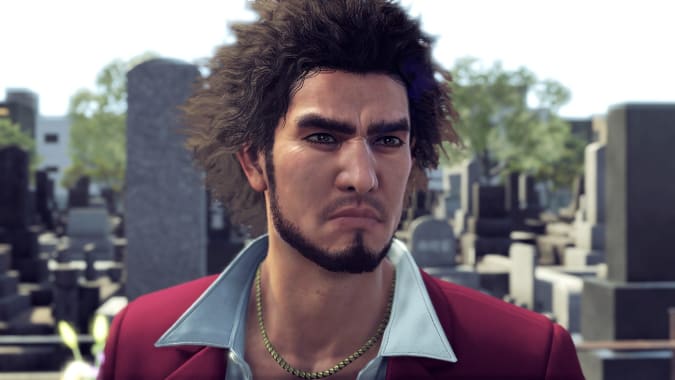 The eighth title in the mainline Yakuza saga takes an unusual turn — and that’s saying something for a series that loves to get weird. Yakuza: Like a Dragon is no longer a roaming brawler, but a turn-based role-playing game, borrowing extremely liberally from formative RPGs like Dragon Quest and early Final Fantasy titles. Combining the violent, grim world of Yazuka with outlandish special attacks, costumes, and plenty of time to think through your next move shouldn’t work, but it’s like some kind of video game fusion cuisine — it does.

Instead of one-on-one brawls, your team of unlikely heroes (including a disgraced former cop, a hostess, and a homeless man) takes turns following your commands. While turn-based, expert button timing allows you to increase the damage you deliver and reduce the damage you take, adding a little more vibrancy to battles where everything’s done through menus.

Like other Yakuza games, it’s still hilarious in places, with some of the most memorable parts hidden away in the game’s optional side quests. This, fortunately, doesn’t distract too much from the elaborate (often hard to follow) melodramatic storyline that the series is known for.

On next-gen Xboxes, Like a Dragon benefits from a “normal” mode which runs the game at 60 fps, or a “quality” mode which goes for higher resolutions at 30fps. On Series X, those modes run at 1440p and 4K, respectively, while Series S gets 900p at 60 fps or 1440p at 30 fps. Like Resident Evil Village, this decidedly next-gen game proves a little too much for the One S, although the One X handles it admirably. Genre aside, Like a Dragon, also marks the end of Kazuma Kiryu’s story and the start of Ichiban Kasuga’s saga. It’s a fresh start in a lot of ways. 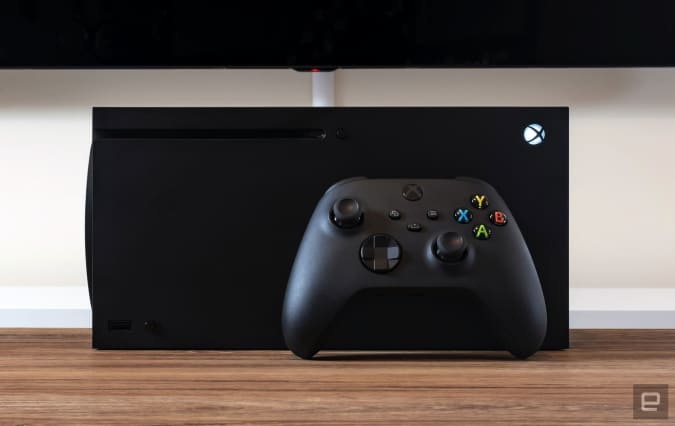 We already mentioned this one but it's difficult to overemphasize how good a deal Game Pass is for Xbox owners. For $15 a month you get access to a shifting and growing library of games. The company does a good job explaining what games are coming and going in advance, so you won't get caught out by a game disappearing from the subscription service just as you're reaching a final boss. There are 11 games mentioned in this guide, and seven of them are currently available with Game Pass. The full library is broad, and, while still, Microsoft's cloud service is still just in beta, you'll have access to many of the games on your tablet, phone, or browser through xCloud at no extra fee.