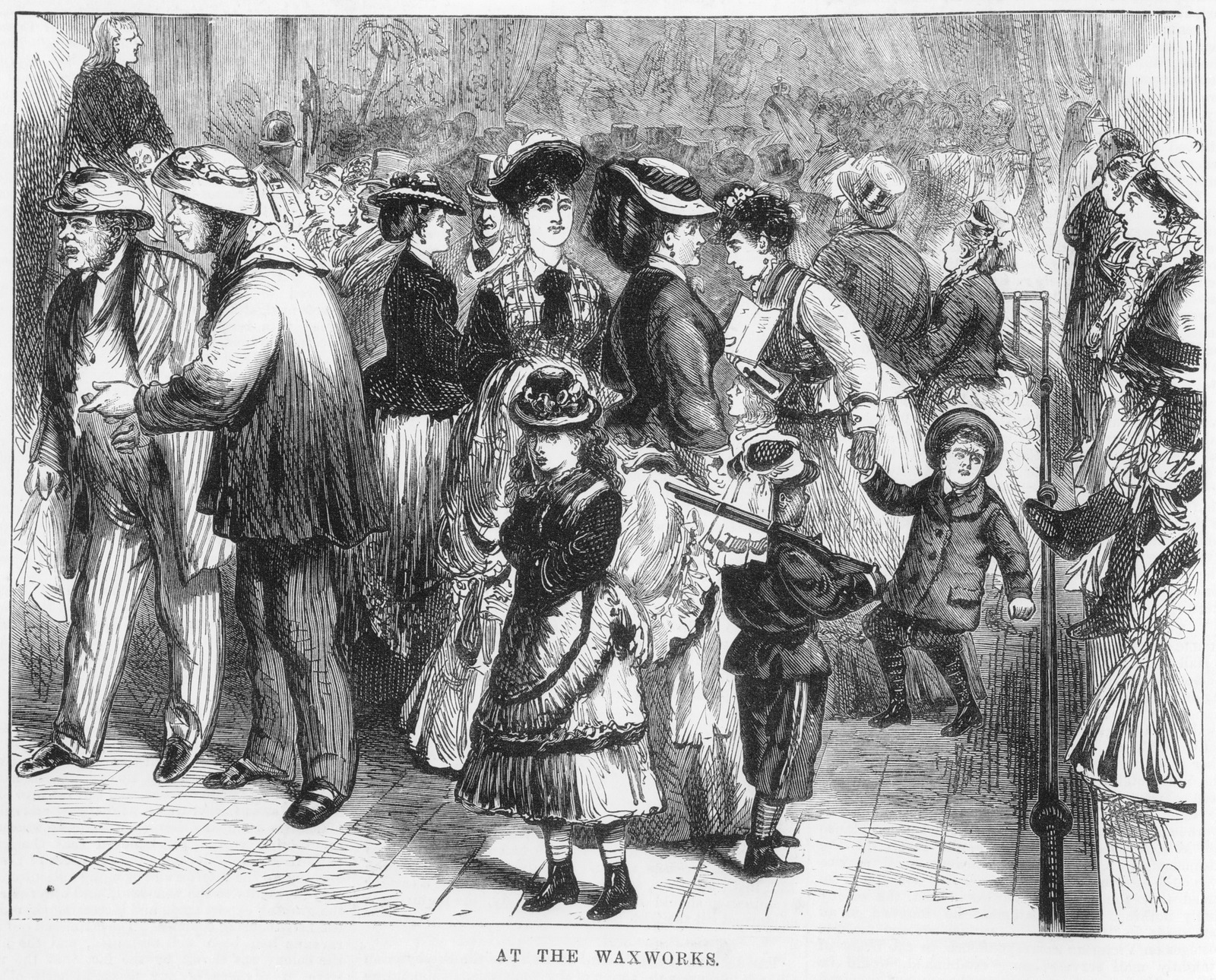 The Melbourne waxworks was a wildly popular institution for over half a century. Like its famous London counterpart – Madame Tussaud’s wax museum (est 1835) – the Melbourne waxworks walked the line between ‘instructive entertainment’ and sensationalism.  It displayed wax models of historical and current figures both international and local, sometimes to the amusing effect:

‘Distinctions of social rank or of moral qualities are, however, totally ignored. Thus we have the Bearded Lady looking benevolently upon Mr John Pascoe Fawkner, who, by the way, seems from his expression of countenance, by no means impressed with the compliment.’ 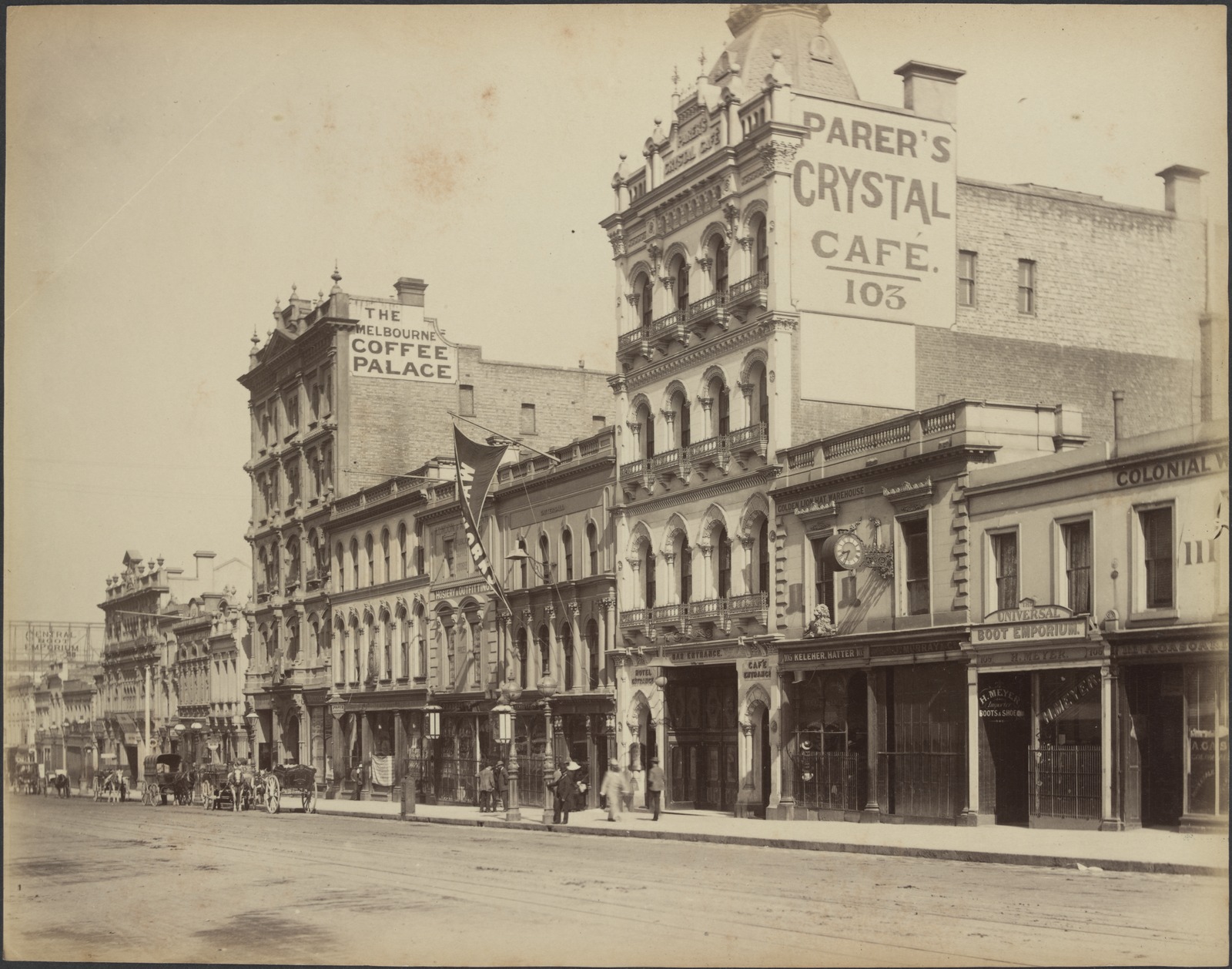 The waxwork's final location being between the Melbourne Coffee Palace and Parer’s Crystal Cafe. Bourke Street, north side between Russell and Swanston Streets (circa 1888),

Wax figures included members of royalty, Napoleon, the Pope (wearing robes made by the nuns at the Abbotsford Convent), Voltaire, and Shakespeare. New figures were constantly added to keep up with current events. A life-size tableau of the explorer's Burke and Wills (and King) was among one of the many figures on display, and appeared with astonishing speed, within weeks of news breaking about the ill-fated Victorian Exploration Expedition.

Burke and Wills wax diorama at the waxworks from 1862 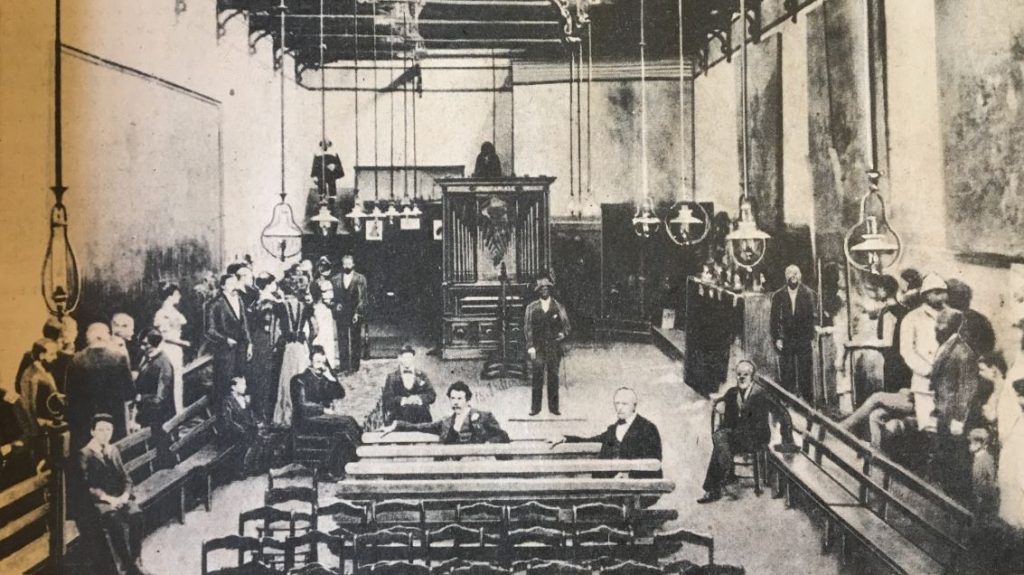 The main front hall of the waxworks towards the end of the 19th century. All of the standing figures are wax. 10 June 1939

What tended to hold the most fascination was the Chamber of Horrors with its likenesses of notorious criminals and scenes of torture. Much of the appeal was purely salacious, but it was also presented as a form of moral instruction – examples of ‘what may happen to a boy in Victoria’.

Waxwork owner Mrs. Sohier, an artist modeller, made copies from plaster casts that her husband, the phrenologist Philemon Sohier, had taken of the skulls of hanged criminals. Their combined efforts swelled the ranks of the aptly named Chamber of Horrors in the waxworks, which captured the morbid curiosity of the public.

‘The waxworks is a colonial industry; the more murderers, the more it thrives. The manufacturer always keeps a lot of bodies on hand, and immediately upon a malefactor being hanged pops a head upon one of them, advertises it, and in rush the public.’

A young Marcus Clarke described his waxworks visit in 1865 with lurid detail:

‘In one corner poor Burke and Wills, the explorers, lie in the agonies of death … There lies the figure of a man with his head split open and bleeding and his murderer “with the fatal pickaxe yet in his hands”, stands calmly by, two Chinamen, the perpetrators of the deed, leering with a sardonic grin on their waxen faces over tile couch and the blood “as natural as can be in red sealing wax a-running all over the counterpane”. 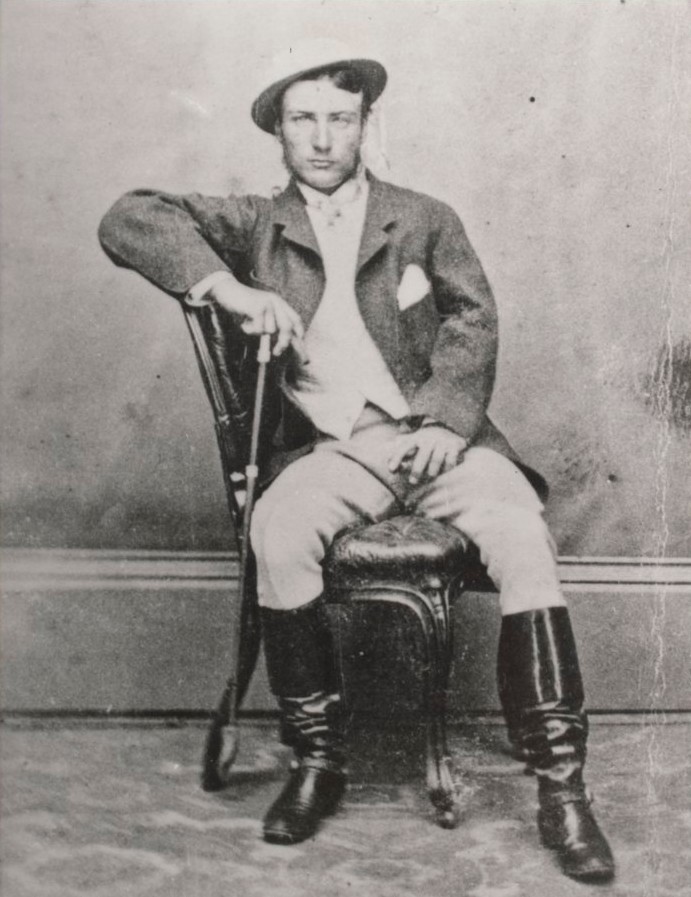 Death as a type of spectacle was of course nothing new. People in the Victorian period were much more likely to have first-hand and intimate experience of death, and therefore had a much more circumspect attitude to it than we do today. In the same way, we devour true crime books, podcasts about serial killers, and Tarantino movies, a visit to the waxworks was the closest way to have a one-on-one encounter with an infamous criminal. It was an early form of what we now call ‘dark tourism’. As Sally Prior has observed: ‘Victorians, like us, had an appetite for violence. [These days] it’s just been repackaged.’

In 1869 the Sohiers passed the baton to Ludwig Maximilian Kreitmayer (1830-1906), who had co-managed a Phrenology Museum with Philemon Sohier, and it was under his management that the waxworks would reach its most popular heights.

Kreitmayer’s entrepreneurial drive made him very proactive in his acquisition of new ‘faces’ for his increasingly lucrative gallery of horrors. When news of the siege of Glenrowan broke in 1880, Kreitmayer made a beeline to Benalla Prison, whereby candlelight he made a death mask of the deceased Kelly gang member Joe Byrne. [9] Two days later it had been added to the waxworks’ collection of notorious bushrangers. [10]

Kreitmayer also made a death mask of Ned Kelly after his execution on 11 November 1880, a cast of which is held by the Library. Again, within days of Kelly’s execution, the death mask was on public display. The Kelly gang tableau was so popular that Ned’s clothing and boots were periodically stolen, leading to Ned’s boots being nailed to the floor. 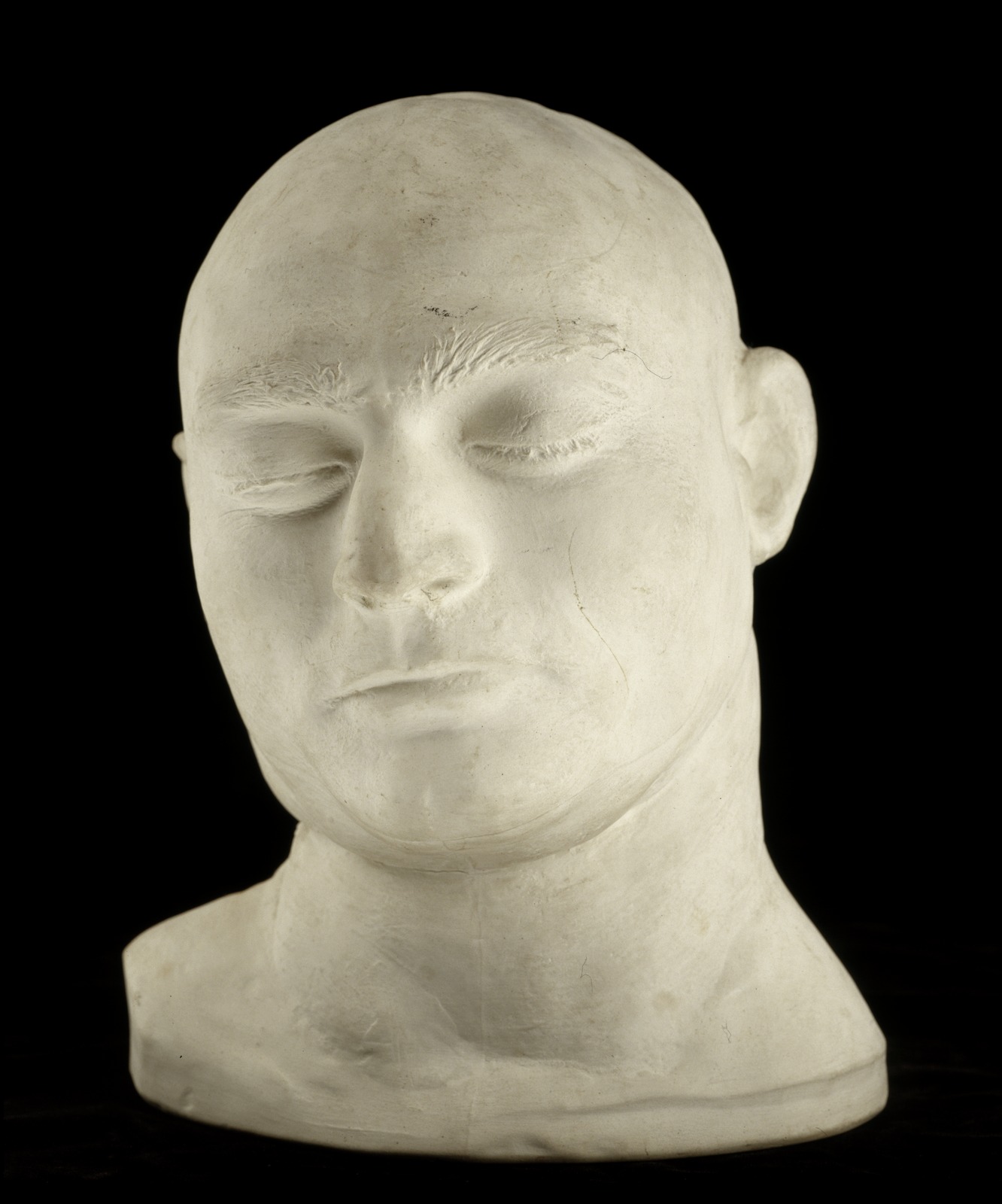 Death mask of Ned Kelly made by Maximillian Kreitmayer

Kreitmayer’s 1912 exhibition catalogue lists a number of nefarious murderers on exhibit, including Martha Needle and Frederick Bailey Deeming, who were both executed at the Melbourne Gaol.

Despite the grim nature of the waxworks and its Chamber of Horrors, amusing stories abound:

‘Sitting to rest on a bench near the Royal family, a stout elderly woman had, I found, dropped asleep on the end of the same bench, in a most uncomfortable attitude. I was debating whether or not to awaken her, when a group of people coming up, to my intense amusement, took her for a wax figure. Her face, her figure, and even a large basket at her side were all criticised, and it was only when a slight pull at her dress by one of them woke her their illusion was dispelled, and they moved away, seeming somewhat discomfited.’

‘One of the first things a recently discharged criminal did, on being released from Pentridge was to visit the Waxworks and remonstrate with Kreitmeyer upon the hideous effigy of him that was exhibited in the Waxworks. He threatened if it was not removed and replaced by a better one, to “chuck it out himself”. Kreitmeyer managed to pacify him and promised to do a new figure and make it quite up to date.’

Table Talk names the criminal as none other than Harry Power, Ned Kelly’s one-time mentor

“…he told Mr. Kreitmayer he was not satisfied and asked permission to bring a proper suit of clothes. This was accordingly granted, and the curious spectacle was to be seen of Power in flesh and blood helping to attire Power in wax and sawdust.” 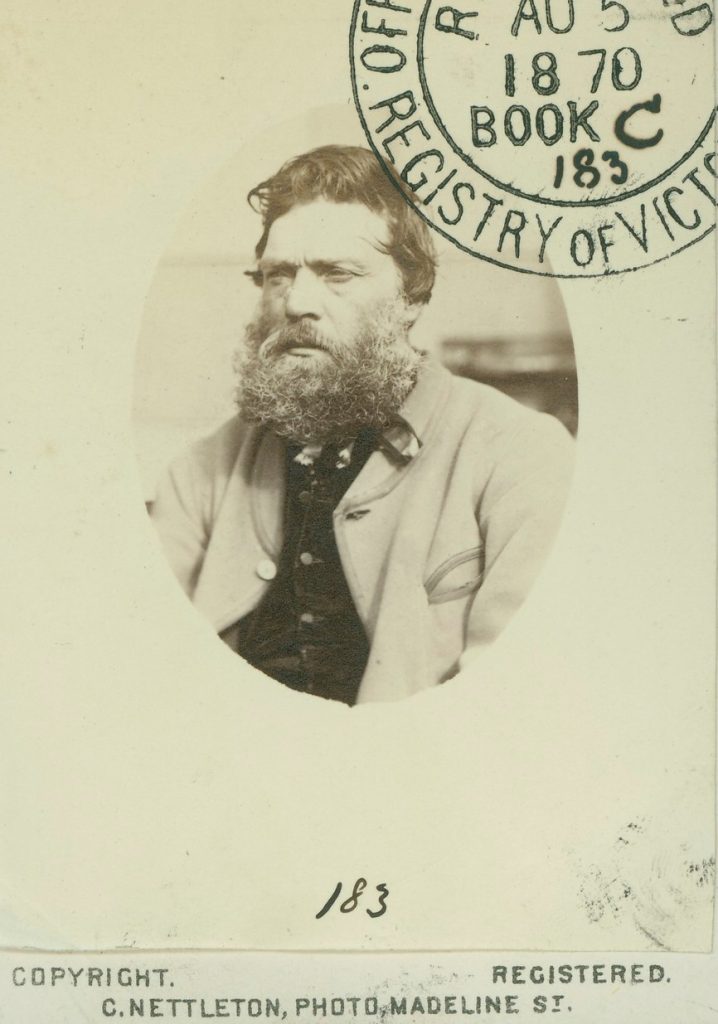 When Kreitmayer died in 1906 his widow Harriet continued managing the business. From around 1911 the waxworks was replaced with a cinema, later to be called the Star.