Australia's other major airline Virgin will follow the lead set by Qantas and make Covid vaccines mandatory for all their staff.

Under the proposed timeframe all frontline workers will be required to get the jab by November 15 while office staff will have until March 31, the airline announced on Monday.

Management said they had discussed the move with employees beforehand and would now consult around specific details of the requirement.

'The majority of our team at Virgin Australia are already vaccinated, and we will be listening to our team members to ensure we find the best fit policy for our organisation,' Virgin Australia CEO Jayne Hrdlicka said.

'We will now commence discussing the proposed vaccination requirement in detail with our team through our internal safety committees, unions, and other appropriate forums.' 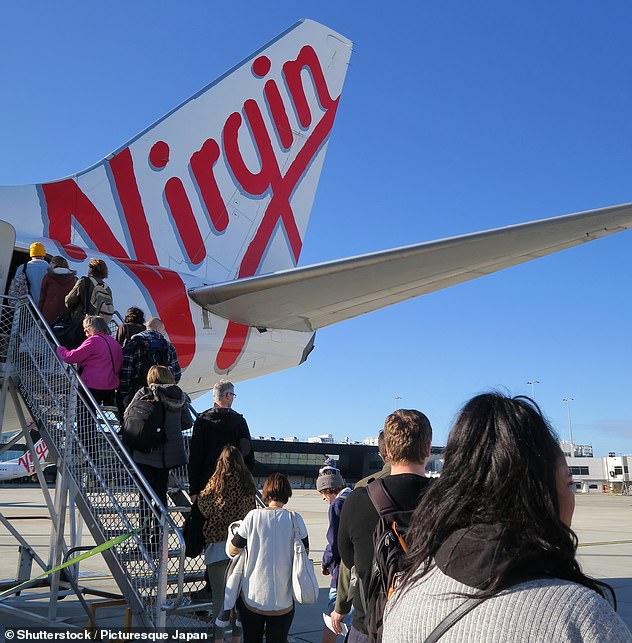 The airline said those workers with medical issues that would prevent vaccination would be managed on a 'case by case basis and an internal vaccine education campaign would be established.

'[Covid vaccines] are vital to keeping our team safe, given the high public exposure most of them encounter day to day. We trust medical experts, their advice, and the evidence that shows that vaccines save lives and reduce hospitalisation rates,' Ms. Hrdlicka said.

A recent in-house survey of frontline Virgin employees found that 75 percent had already received their first dose of the Covid vaccine with an additional nine percent booked in.

Virgin appears to be following the same model announced earlier this month by rival airline Qantas.

Pilots, cabin crew, and airport staff for Qantas will be required to be vaccinated for Covid by mid-November while office and support staff have until March 31, 2022.

Qantas will grant exemptions for employees who provide documented medical proof as to why they cannot be vaccinated.

Prime Minister Scott Morrison weighed in on the move and said while individual companies had to make their own decisions, and the government would not mandate vaccines, the Qantas move was commendable.

'They've come up, I think, with a fair and well-intentioned direction,' Mr. Morrison said earlier this month.

'They've shown, I think, the right model about how you go about this.' 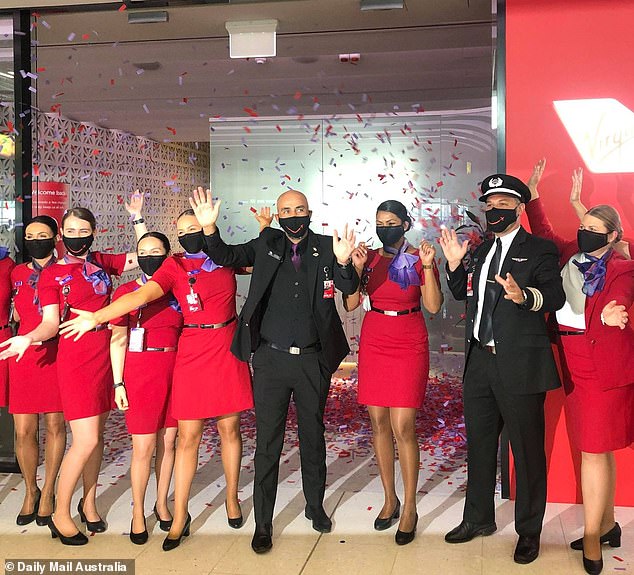 As of August 28, there have been nearly 19 million Covid vaccine doses administered across Australia.

About 57.5 percent of Australians have had their first dose while 34.2 percent are fully vaccinated having had two doses.

She said the government's position of voluntary vaccination did not detract from individual employers seeking their own advice and mandating if they have assessed that as the right decision.

The Fair Work Ombudsman presented its guidance on COVID-19 vaccinations.

The guidelines state that: 'Employers should exercise caution if they're considering making COVID-19 vaccinations mandatory in their workplace and get their own legal advice.'

ACTU secretary Sally McManus said the key would be cooperation and consultation, not conflict.

'The biggest challenge right now is ensuring that we increase the supply of vaccines and that the government steps forward with a clear education campaign to encourage vaccination.'

Australian Industry Group chief Innes Willox said the meeting cemented the view that businesses would have to get their own legal advice on whether mandating vaccines was 'lawful and reasonable.

'It will not be surprising if more businesses that are public-facing or have workers in close proximity announce decisions to mandate vaccinations over the months ahead,' he said.

On Monday, NSW recorded another 1,290 Covid cases with the majority in Sydney's west and south-west as the city remains under a strict lockdown. 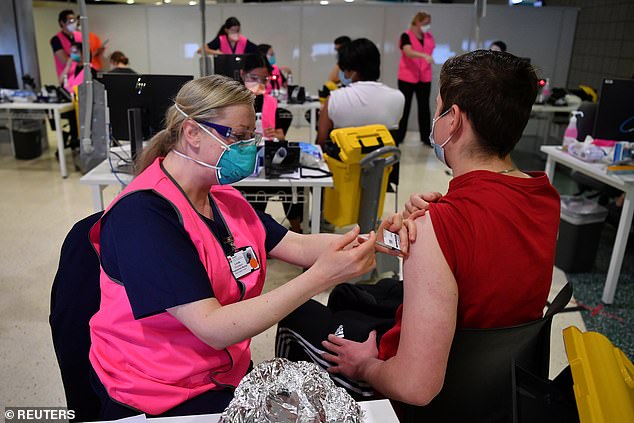 Qantas is hoping to resume some international flights by the end of the year on the expectation Australia's vaccination rollout will hit major milestones by then and allow borders to reopen.

The national carrier is planning to restart flights to COVID-safe destinations such as New Zealand, Singapore, Japan, the United States, the United Kingdom, and Canada from the middle of December.

That is based on projections Australia will reach the National Cabinet's Phase C vaccination threshold of 80 percent in December 2021, triggering the gradual reopening of international borders.

It is also hoping for unrestricted domestic travel a month earlier, with the country's overall vaccination rate expected to hit 70 percent in November.

'When Australia reaches those critical vaccination targets later this year and the likelihood of future lockdowns and border closures reduces, we expect to see a surge in domestic travel demand and a gradual return of international travel,' CEO Alan Joyce said on Thursday.

In line with those plans, Qantas will bring five A380s - its largest passenger aircraft - back into service from mid-2022 to fly on the Sydney to Los Angeles route, followed by Sydney to London from November 2022.

However, the airline still does not expect to start flying to more risky destinations such as Bali, Jakarta, Manila, Bangkok, and Johannesburg until April next year.