WHERE DOES BITCOIN GO FROM HERE? 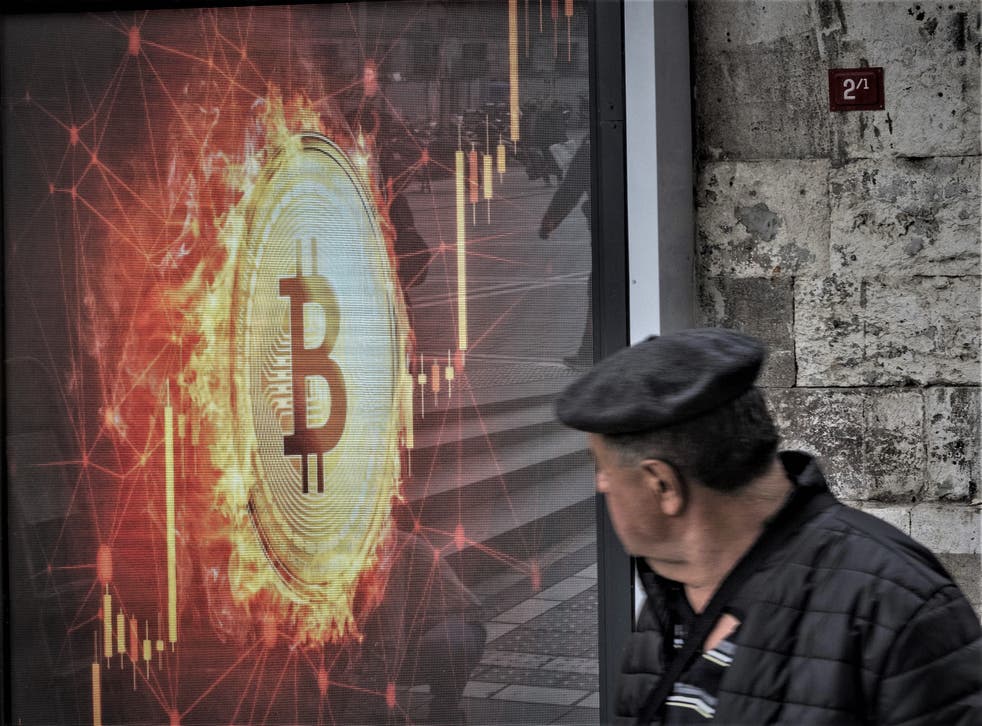 After hitting an all-time high above $66,000 this week, crypto market analysts have been questioning whether such remarkable momentum can be sustained.

One popular price prediction model puts bitcoin on track to hit six figures before the end of 2021, though its notorious volatility threatens a major correction at some stage.

But the prospect of a potential price crash, like the one seen following the all-time high in mid-April, is refuted by those who believe bitcoin’s intrinsic worth lies in its in-built scarcity that limits its supply to 21 million units.

Adherents to this theory label bitcoin “digital gold”, believing it could eventually overtake the $11 trillion market cap of gold – giving each coin a value in excess of $500,000.

The launch of the first-ever bitcoin futures exchange-traded fund (ETF) on the New York Stock Exchange this week also boosted comparisons between the cryptocurrency and the precious metal. The move was a major milestone for the crypto industry, helping propel bitcoin to record highs by opening it up to a previously untapped legion of institutional investors.

A similar price surge was seen following the NYSE’s listing of the first gold ETF in 2004 when its market cap was roughly equivalent to what bitcoin’s is today.

“$100,000 is a very realistic target for bitcoin in the relative short term, but it has the potential to go much, much higher,” Nick Spanos, co-founder of decentralised application platform Zap protocol, said.

“So even investors who are buying in now could potentially see their investment rise 10-fold. I understand the appeal of altcoins [like the uncapped Ethereum], as they offer potentially higher returns and may seem significantly undervalued, but I think bitcoin should make up a large chunk of any crypto portfolio as it is the future of money and has huge untapped potential.”

This idea of bitcoin as “the future of money” has been trampled on in recent years, with critics claiming that it lacks the scalability to function as a mainstream form of payment. Until recently, transactions on the bitcoin network were both expensive and time-consuming, however, the introduction of the Lightning Network on a large scale could theoretically solve these issues.

One of the places where this second-layer technology is being put to the test is El Salvador, where bitcoin became legal tender alongside the US dollar in September. It is the first time in the world that any country has adopted a cryptocurrency as an official form of payment, and the success of its roll-out could prompt other nations to follow.

Politicians in several other countries in Latin America are already making moves to introduce favourable bitcoin legislation, including Argentina, Panama, and Paraguay. Advocates say it offers a way to bypass costly remittance charges, reduce the reliance on the US dollar as a reserve currency, and increase financial inclusion for those forgotten by the formal economy.

El Salvador’s bitcoin announcement earlier this year was one of the triggers for the cryptocurrency’s massive price rally, and more gains can be expected if other countries follow. With a market cap of more than $1.2 trillion, bitcoin is already the world’s 13th largest currency, having passed the Swiss Franc during its latest surge.

The overall cryptocurrency market also achieved an all-time high this week, reaching above $2.5 trillion for the first time in its history.

This ranks it above Apple, the most valuable company on the planet, while bitcoin alone is now worth more than Facebook and Tesla. 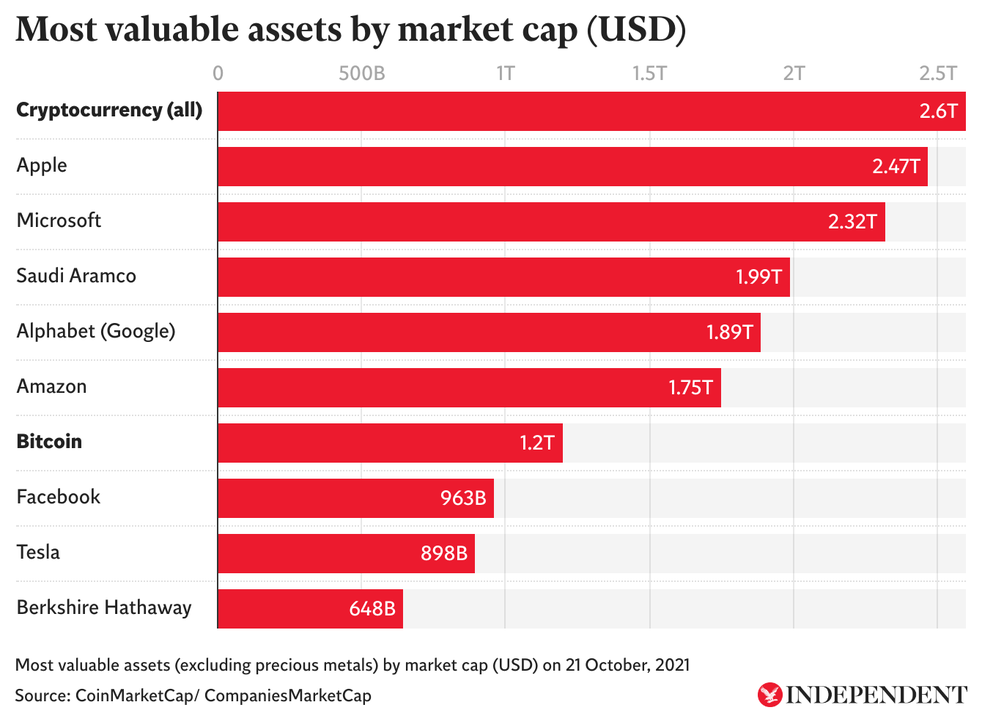 John Karony, CEO of crypto token SafeMoon, believes the attention these latest records have brought to bitcoin will see institutional investment bolstered by renewed interest from retail investors, which could prove to be the catalyst for a parabolic price rise.