Who Decided Which Books to Include in the Bible? 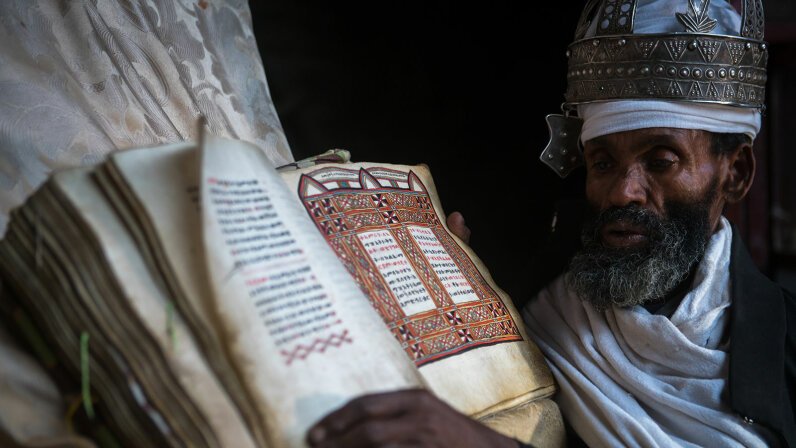 An Ethiopian Orthodox priest shows an ancient Bible in a church in Lalibela, Ethiopia. ERIC LAFFORGUE/ART IN ALL OF US/CORBIS VIA GETTY IMAGES

In his best-selling novel, "The Da Vinci Code," Dan Brown wrote that the Bible was assembled during the famous Council of Nicea in 325 C.E. when Emperor Constantine and church authorities purportedly banned problematic books that didn't conform to their secret agenda.

Except that's not how it really went. "The Da Vinci Code" was fiction, but Brown wasn't the first to credit the Council of Nicea with deciding which books to include in the Bible. Voltaire, writing in the 18th century, repeated a centuries-old myth that the Bible was canonized in Nicea by placing all of the known books on a table, saying a prayer, and seeing which illegitimate texts fell to the floor.

In truth, there was no single church authority or council that convened to rubber-stamp the biblical canon (the official list of books in the Bible), not at Nicea or anywhere else in antiquity, explains Jason Combs, an assistant professor at Brigham Young University specializing in ancient Christianity.

"Dan Brown did us all a disservice," says Combs. "We don't have evidence that any group of Christians got together and said, 'Let's hash this out once and for all.'" (The Council of Nicea was convened to resolve a religious matter unrelated to the books of the Bible.)

What evidence scholars do have — in the form of theological treatises, letters, and church histories that have survived for millennia — points to a much longer process of canonization. From the first through the fourth centuries and beyond, different church leaders and theologians made arguments about which books belonged in the canon, often casting their opponents as heretics.

The books that make up the Bible were written by various people over a period of more than 1,000 years, between 1200 B.C.E. and the first century C.E. The Bible contains a variety of literary genres, including poetry, history, songs, stories, letters, and prophetic writings. These were originally written on scrolls of parchment, as opposed to being encapsulated in "books" as we think of them today. (Remember, the printing press wasn't invented until 1440.) 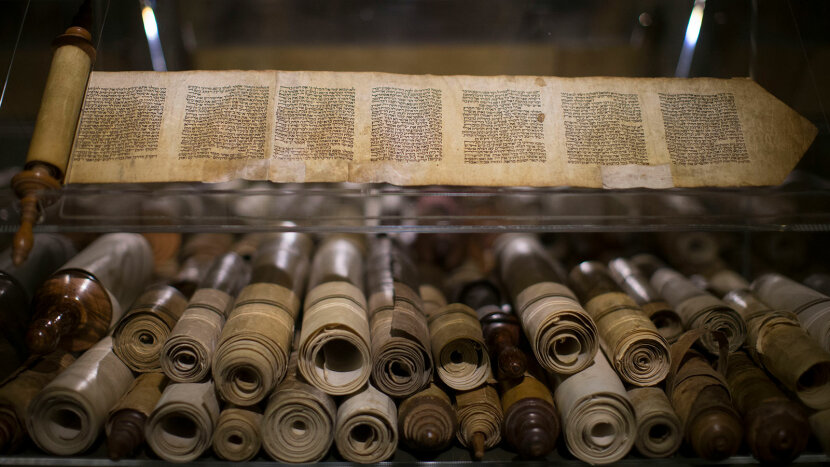 Rare and ancient biblical manuscripts are displayed at the "Book of Books" exhibition in the Bible Lands Museum in Jerusalem, Israel. Note they are all on scrolls.

Over time, the books that were deemed authentic and authoritative by the communities who used them were included in the canon and the rest were discarded. Although the bulk of that editing work ended in the late 300s, the debate over which books were theologically legit continued until at least the 16th century when church reformer Martin Luther published his German translation of the Bible.

Luther had issues with the book of James, which emphasized the role of "works" alongside faith, so he stuck James and Hebrews in the back of the Bible alongside Jude and Revelation, which he also thought were questionable. Combs says that in Luther's original Bible, those four books don't even appear in the table of contents.

Eusebius was a Christian historian writing in the early 300s who provided one of the early lists of which books were considered legit and which were borderline bogus.

Eusebius broke his list down into different categories: recognized, disputed, spurious, and heretical. Among the "recognized" were the four gospels (Matthew, Mark, Luke, and John), Acts, and Paul's epistles. Under "disputed," Eusebius included James and Jude — the same books Luther didn't like — plus a few others that are now considered canon, like 2 Peter, 2 John, and 3 John.

When Eusebius turns to the "spurious" and "heretical" categories, we get a glimpse into just how many other texts were in circulation in the second and third century C.E. Have you ever heard of the Apocalypse of Peter, the Epistle of Barnabas, or the Gospel of Thomas? Combs says that there were hundreds of texts similar to those found in the New Testament and Old Testament that didn't make it into the canon.

Why did some books make the cut and not others? Combs cites three criteria used by early church leaders. The first was authorship, whether it was believed to have been written by an apostle, by Paul or by someone close to them. Mark, for example, wasn't an apostle but was an interpreter for Peter. The second criterium was antiquity, with older texts taking priority over newer ones. And the third was orthodoxy, or how well the text conformed with current Christian teaching.

"That last reason is so interesting, of course, because 'current Christian teaching' changed over hundreds of years," says Combs.

While it's not true to say that a single church council ruled on which books to include in the canon, it's fair to say that over those first few centuries of theological debate, the winners got to decide which books would stay and which had to go.

It's important to mention that not all Christian denominations consider the same books to be canon. Most Protestant Bibles have 66 books, 39 in the Old Testament, and 27 in the New Testament. The Roman Catholic Bible has 73 books including the seven known as the Apocrypha. And the Ethiopian Orthodox Church includes 81 total books in its Bible, including pseudepigrapha like 1 Enoch and Jubilees.

What are the Apocrypha and Pseudepigrapha?

The word "Apocrypha" comes from the Greek for "hidden" or "secret." It's a little confusing because the word Apocrypha is used in a couple of different ways when talking about books outside of the standard biblical canon.

First, there's the category of "New Testament Apocrypha" which includes a long list of non-canonical texts written mostly in the second century C.E. and beyond that pertain to Jesus and his apostles. As Combs says, there are hundreds of these texts and we don't have written specimens for all of them.

Then there's a subset of Old Testament books that are included in the Roman Catholic Bible. These seven books, including Tobit, Judith, and 1 & 2 Maccabees, are published between the Old and New Testaments in the Catholic Bible and called "the Apocrypha" or sometimes the "Deuterocanon" which means "the second canon."

And then there's a third category called "pseudepigrapha" from the Greek for "false author." This list includes more than 50 texts written between 200 B.C.E. and 200 C.E. by both Jewish and Christian writers expanding on stories and characters from the Old Testament. Notable Old Testament pseudepigrapha includes 1 Enoch, Jubilees, and the Treatise of Shem.

The Gospel of Peter: Only a fragment of this text was recovered in 1886 in Egypt, but it includes the only narrative account of the resurrected Jesus leaving his tomb. According to Peter's version, two giant angels descended to the tomb and escorted the resurrected Jesus out, who was also suddenly gigantic. But the oddest note was that the three figures were followed by a floating cross that could talk.

"And they heard a voice from the heavens, saying, 'Thou hast preached to them that sleep.' And a response was heard from the cross, 'Yea.'"

The Gospel of Mary: Combs says that some apocryphal texts reflected theological and doctrinal debates going on within the early church, such as the role of women. In the Gospel of Mary (discovered in the late 19th century), Mary Magdalene is not only referred to as one of Jesus's disciples but perhaps his favorite one. In this text, after Jesus is resurrected, he relays esoteric teachings to Mary, who then tells the other disciples. Peter asks why they should listen to a woman, to which another disciple Levi [Matthew] responds:

"If the Savior made her worthy, who are you then, for your part, to cast her aside? Surely the Savior knows her full well. That is why he has loved her more than us."

1 Enoch: Purportedly written by the ancient prophet Enoch before the time of Noah, this text was well-known to early Christians like third-century theologian Tertullian and quoted as authoritative scripture. The text is famous for its description of the "Watchers," fallen angels mentioned briefly in the Old Testament book of Genesis. These angels lusted after human women and came down to Earth to be with them, creating giant offspring. In 1 Enoch, these angels also introduce evil into the world in the form of weapons, magic, and sexy makeup.

Who Decided Which Books to Include in the Bible? GOD WANTS YOU TO KNOW GOD WANTS YOU TO KNOW TODAY How To Remain Calm When The Rest Of The World Is Freaking Out: 9 Tips From The Stoics Is Donald Trump a Christian? Before you jump to a conclusion one way or another . . . read this article